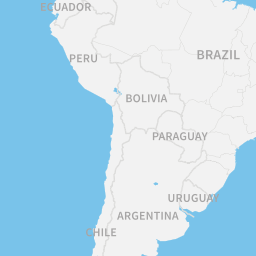 A woman was killed in the city of Illapel, Chilean National Police spokesman Oscar Llanten told CNN sister network CNN Chile. At least seven people were injured in the quake, he said, three of whom are in serious condition.

There were also reports of damages to homes in Illapel, Interior Minister Jorge Burgos told reporters.

Large tsunami waves have been observed along the Chilean coast, near the quake’s epicenter. In Coquimbo, Chile, a wave was measured at more than 15 feet, according to the U.S. National Tsunami Warning center.

Pictures taken inside a shopping mall in La Serena, in the coastal city just north of Coquimbo, showed walls and signs toppled to the floor, ceiling tiles caved in as well as chairs, benches and tables covered in rubble.

Coquimbo Mayor Cristian Galleguillos told CNN Chile the city was starting to see flooding and 95% of the city had lost electrical power. Residents had evacuated before waves started hitting the coastline, he said.

At least 12 aftershocks of magnitude 4.9 or higher rattled residents in the area around the first quake’s epicenter within less than two hours, according to USGS.

A series of aftershocks could be felt in the country’s capital, about 230 kilometers (145 miles) away from the quake’s epicenter, CNN Chile reported.

“Everybody ran outside. The windows rattled. Things fell. … The impact was strong,” said Emily Hersh, who lives in Santiago. “Even after I stepped outside, I felt the ground moving.”

Fabrizio Guzman, emergency communications manager in Chile for World Vision, said the the earthquake hit during rush hour, causing traffic snarls that left many people stuck in the streets as they tried to get home.

“There were many people afraid, running in the streets, when the shaking started,” he said in a written statement. “The earthquake felt really intense and seemed to last for several minutes.”

Possible tsunami on the TÅhoku coast from Chile quake; would reach Japan in early hours of 9/18 (JST). pic.twitter.com/s7OmpqGkea

“Widespread hazardous tsunami waves are possible” along the coast of Chile and Peru, the Pacific Tsunami Warning Center said, and a tsunami watch is in effect for Hawaii.

A tsunami watch is issued “to alert emergency management officials and the public of an event which may later impact the watch area,” the center says. A warning is issued when a “potential tsunami with significant widespread inundation is imminent or expected.”

Even New Zealand, which is some 10,000kms away from the quake’s epicenter, is on guard for possible tsunami waves.

The country has issued a tsunami warning. Shane Bayley of New Zealand’s Ministry of Civil Defence and Emergency Management told CNN strong tidal currents and large waves are expected in some areas.

This Vedic astrology had predicted  in June 2015 the earthquake to happen in Chile , Japan near October in second half of 2015. It was published in article – ” Total lunar eclipse on 28 September 2015 and world – in Summer 2015 ( June) issue of The Astrologer’s Notebook, a quarterly publication in print from North Port, Florida. The accuracy can be judged from the fact that it occurred near October 2015 with tsunami waves reaching coast of Japan. It seems likely that the prediction being in public domain since June 2015 , it may have alerted firmly Chilean people and authorities about quake to happen near October 2015. Chile was already in preparation due to heavy human lives loss in earlier quake of 2010. So this writer’s prediction may likely have cemented the need to be in preparedness. Experts are of the view that much less human lives loss this time in September 2015 was because Chilean were well prepared.