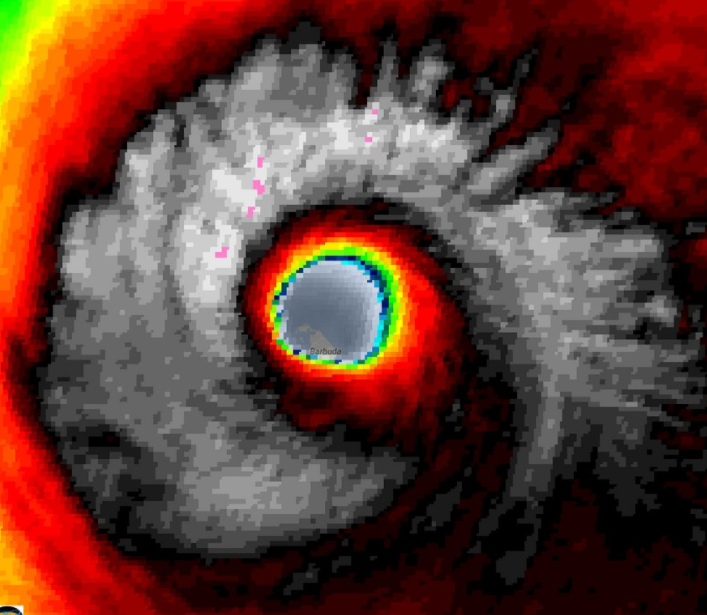 Hurricane Irma has made landfall in the Caribbean Islands as an historical Category 5 hurricane (and is still tracking towards Florida) – the island it made landfall on is tiny and will not impact the power of the storm.

A short time ago Irma crossed the island of Barbuda, home to around 2000 people.

A “weather bomb” which is a term uniquely used frequently (and often incorrectly) by large news media outlets in New Zealand, is a low pressure system that drops 24hpa (millibars) across an entire day.

There is a difference though – Irma itself didn’t actually drop 50hPa in an hour, the weather station on the ground recorded that drop at that location as the deep storm tracked over top.

Irma has sustained winds – these are winds that are nonstop at this speed – at 300km/h … and gusts to almost 370km/h.

Irma is now the strongest storm in Atlantic history.

The 2017 hurricane season is very similar, so far, to the 2005 hurricane season that produced historic storms Rita and of course Katrina. It seems 2017 has pushed the records up yet another notch as the planet continues to slowly warm up.