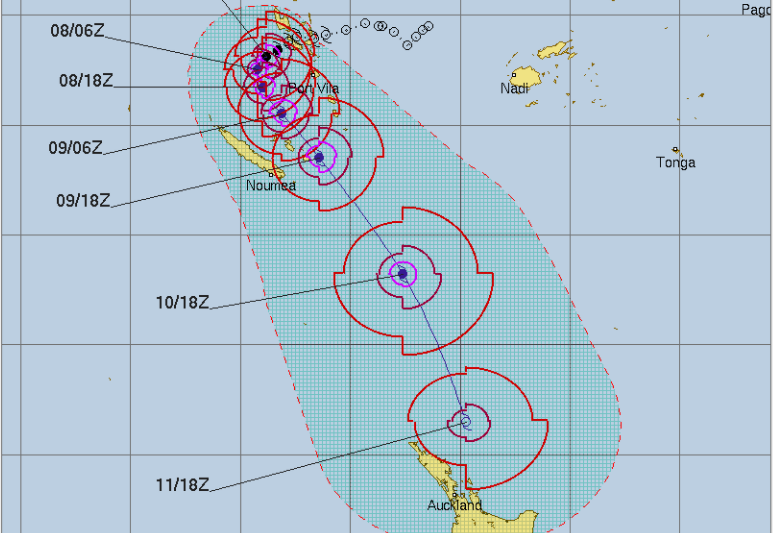 Cyclone Hola has rapidly intensified to a Category 4 cyclone Thursday with sustained winds of 170km/h at the centre expected to rise even further to 200km/h by tonight or Friday morning and then ramp up even higher on Friday itself.

The threat in coming days may be more for New Caledonia as Hola turns southwards, however Vanuatu’s southern islands are also still at risk of more severe weather and dangerous coastal conditions.

By the weekend Hola will be tracking south to south east out of the tropics and will likely become extra-tropical on Sunday just north of New Zealand.

Computer modelling we trust has today aligned itself the most so far with this storm for the New Zealand area, still showing the bulk of the severe weather will be out at sea just to the east of the North Island on Sunday PM and across Monday – however, the modelling today also suggests northern and north eastern New Zealand (in particular eastern Bay of Plenty and East Cape) may be the most exposed to severe weather risks.

European modelling, which for the past few days put Hola out in the Tasman Sea now shows a more direct northern NZ hit, while GFS says Hola may not make landfall here, but could be close.

Our general feeling at WeatherWatch.co.nz is that everyone in the upper North Island needs to be fully aware of Cyclone Hola and how it might impact northern New Zealand late Sunday or Monday. It’s looking increasingly likely that dangerous coastal conditions will affect the northern and eastern coastline from Cape Reinga to East Cape later this weekend. The big question mark that still remains is whether or not the centre of Hola will come close to produce severe weather over land. It may not be until Saturday that we can answer that more definitively.

WeatherWatch.co.nz says the cyclone is still intensifying and may now reach the highest level – Category 5 – on Friday. The Fiji MetService is now forecasting this as is JTWC. WeatherWatch.co.nz said on Monday this storm was likely to become severe by Friday.

Sustained winds by Friday evening could be as high as 240km/h with gusts to 300km/h. This will likely be out at sea just north of New Caledonia.

Hola will quickly lose intensity after leaving the tropics this weekend but the tropical storm is forecast to retain Category 1 strength as it approaches New Zealand later on Sunday. 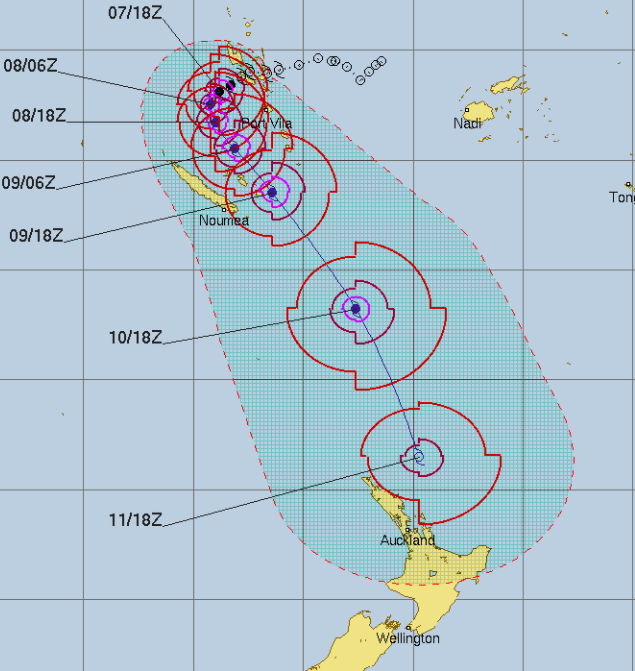 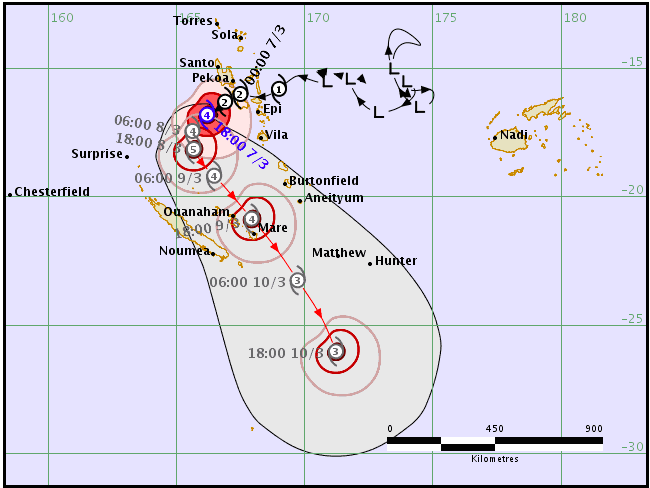 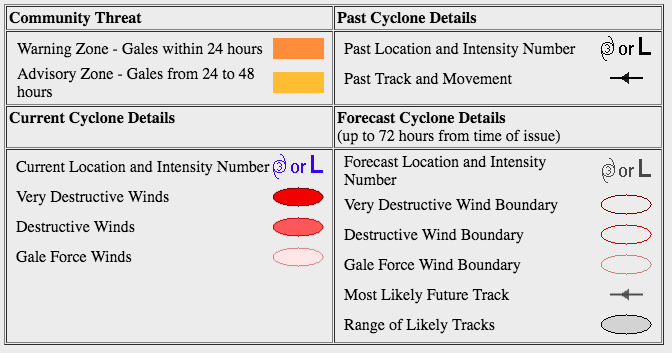 At least this one only looks like hitting the top of North Island, so most of NZ can relax – especially the west and top of the South Island.

obviously you dont live in Auckland,the city of gales lol