Home > News > Calm and settled heading into the weeken...

Calm and settled heading into the weekend 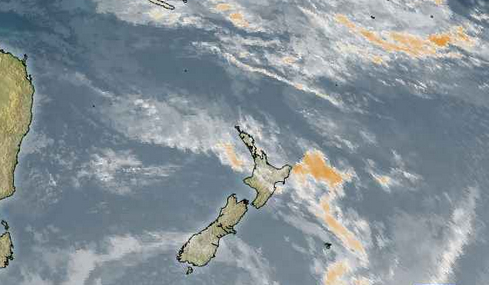 This week is looking like finishing a lot more settled than it started – as an anticyclone currently moving across the country will bring calm and sunshine for most around New Zealand.

The North Island is looking at light winds and afternoon sea breezes in most places on Friday, though there is a risk of an isolated shower around South Auckland and southwards about inland hills and ranges.
The ranges of Wairarapa, Hawkes Bay and Gisborne may see a few isolated showers too.

In the South, it’s looking generally sunny heading into the weekend too, with northeasterlies along the east coast and northwesterles on the west.
Cloud will bring showers to, you guessed it, Fiordland, and there is also a chance of a shower about eastern parts of Southland and Otago.

Overall, however, the fireworks of last weekend should be but a distant memory as the weekend approaches in relatively tranquil fashion.