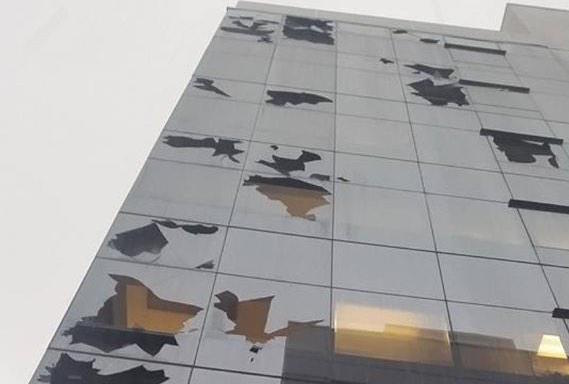 As of 9pm NZT the ABC was reporting 82,000 homes were without power after the thunderstorms – described by one local as being “like a cyclone” as winds snapped trees in half and lifted roofs.

Flash flooding in the CBD caused major traffic problems, described as “carnage” by locals as most of the city centre became gridlocked due to flooding and damage.

Meanwhile a small airport in the southern side of Brisbane saw a number of small planes flipped over on the tarmac by gales created by the super cell.

Some high rise buildings with glass walls have smash holes from ground floor right to the top from the giant hail stones which slammed the city.

Flooding was so severe in places car were seen bobbing in the water.

See photos and news HERE by the ABC