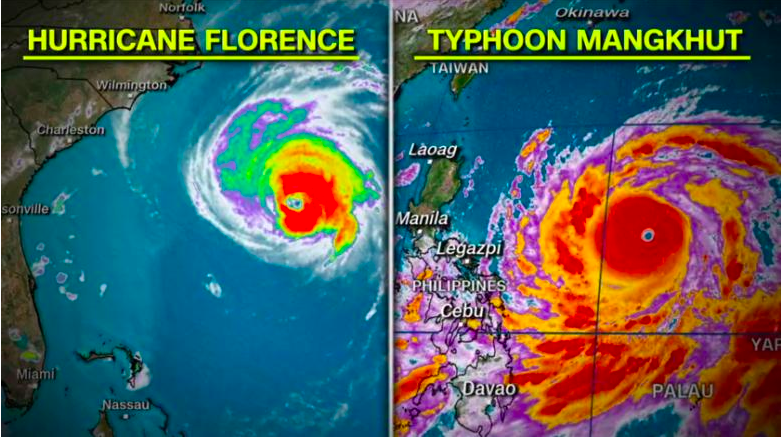 Super Typhoon Mangkhut and Hurricane Florence are both moving closer to making landfall with Florence weakening a little but Mangkut retaining Category 5 strength.

Tracking for Mangkhut has shifted a little further south which is bad news for the Philippines but better news for Hong Kong, with Hong King looking like it will be spared a direct hit. The Philippines, however, is more exposed and those north of Manila may receive well over 500mm of rain in the coming days which could lead to mudslides and flash flooding. Mangkhut’s storm surge will be at the highest end of extreme and could push sea waters well inland. Without a doubt this is a very serious storm for the Philippines and while they are no stranger to major storms Mangkhut has the potential to be devastating if it makes a direct hit, which tracking currently supports.

Mangkhut will be making landfall in the Philippines on Saturday NZT.

Meanwhile Hurricane Florence in the eastern United States is already moving over land with the centre of the eye still at sea but expected to make landfall within 12 to 18 hours.

Florence has seen some steady weakening as she has tracked north west over the past few days, slowly tracking away from the equator. But, due to warm waters thanks to the Gulf Stream, the storm will unlikely weaken much further until it has fully made landfall. Also, the weakening of the winds may not have much impact to the rainfall totals that are being forecast. In some cases over half a metre (500mm) is forecast and major flooding is expected with Florence sticking around for a few days just inland around the Carolinas.

While the weakening of the winds will reduce damage to buildings and reduce some of the storm surge Florence is increasingly looking like a major flood event.

You can live track Hurricane Florence via CNN.com here 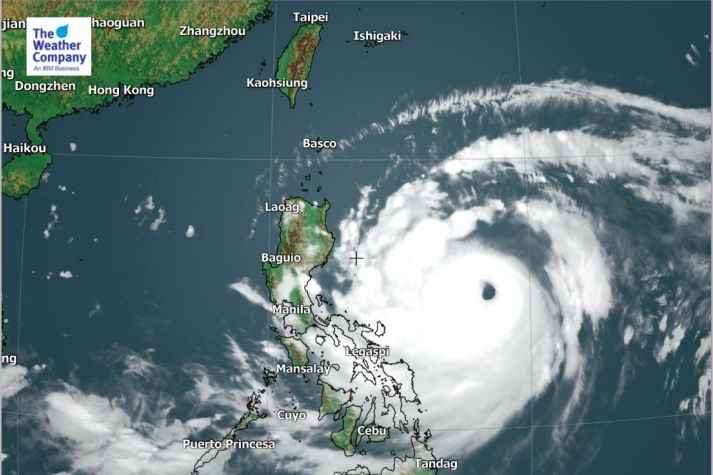 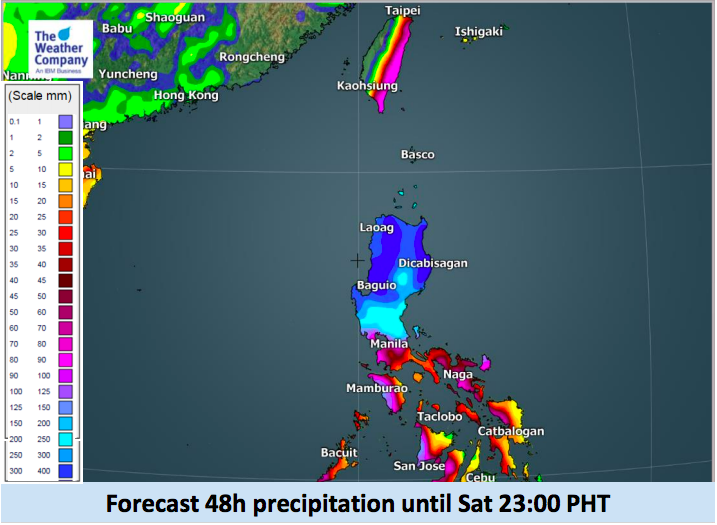 – Images by our official partners at IBM/TWC 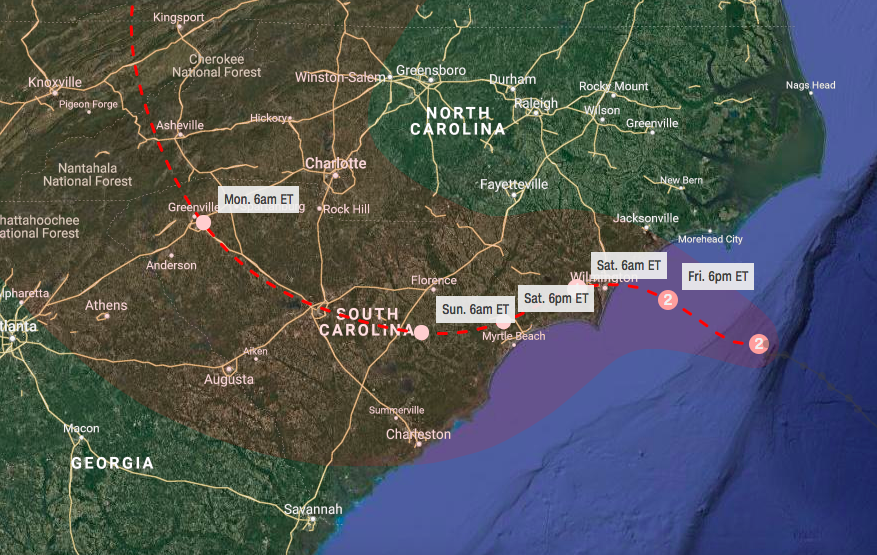 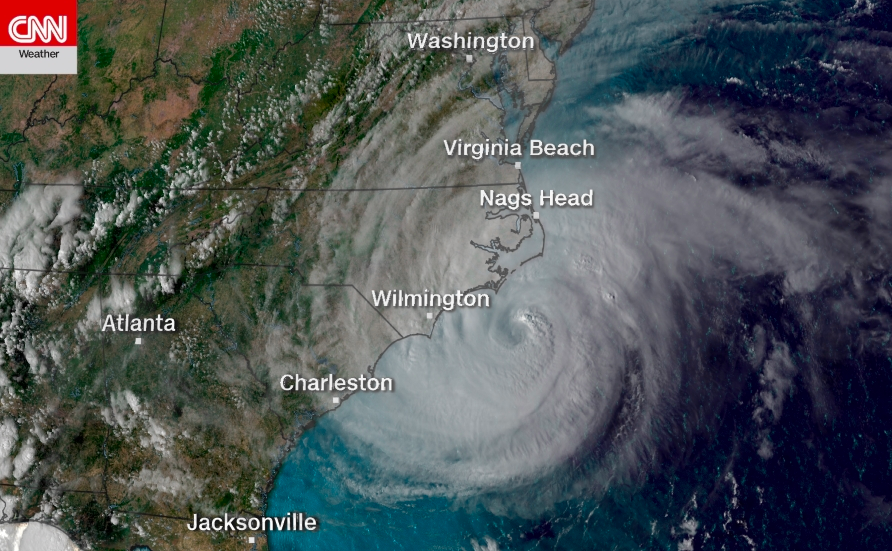 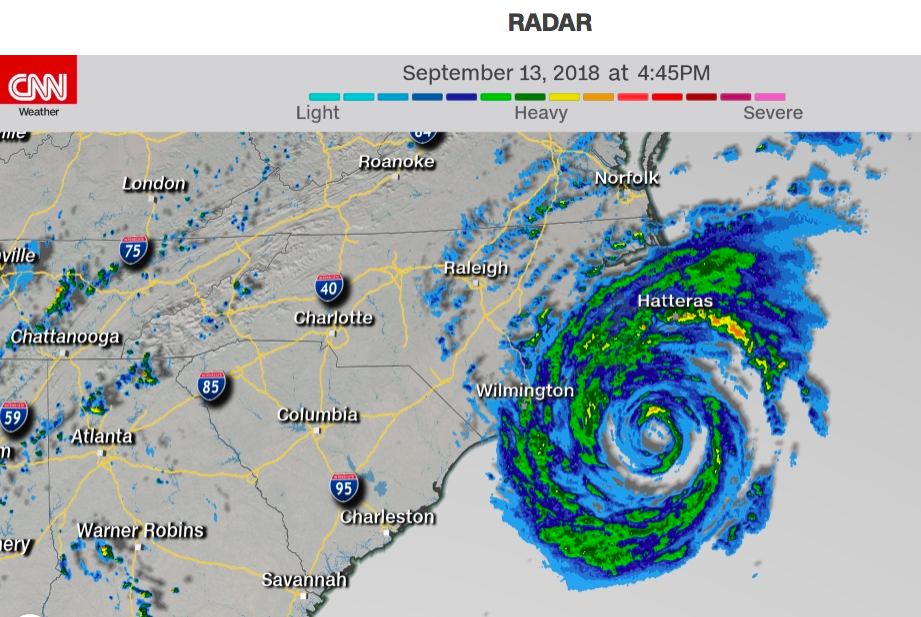 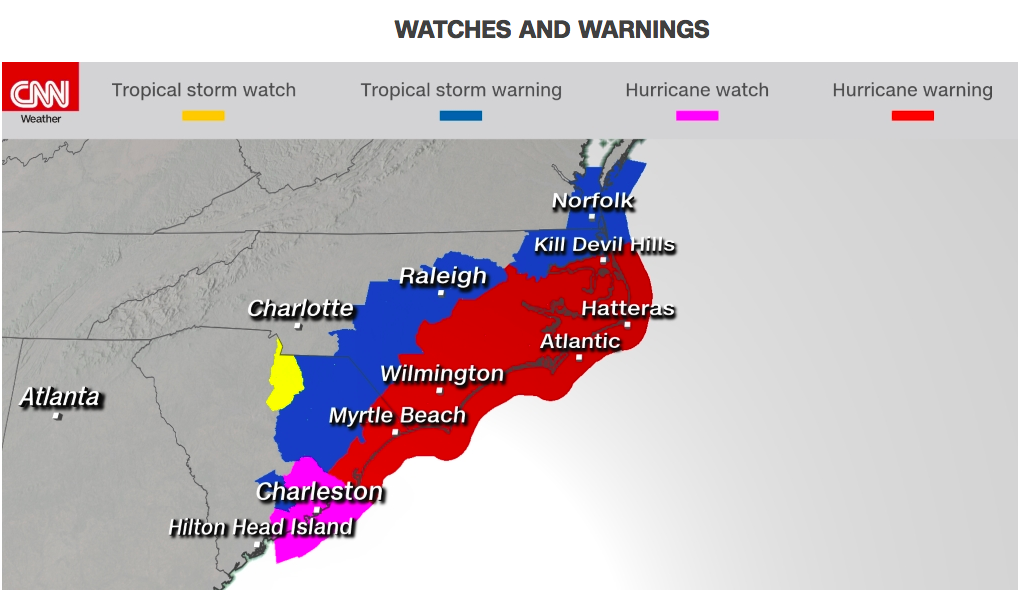 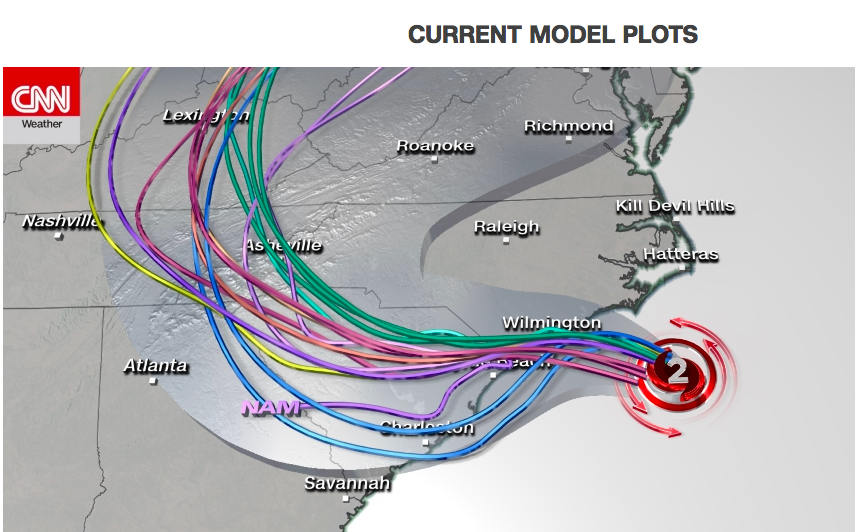 – Images via CNN (WeatherWatch.co.nz is proudly a CNN International affiliate).