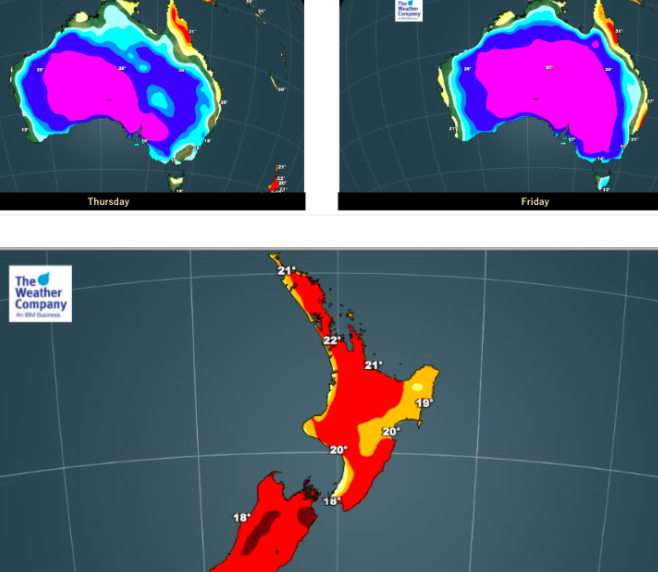 New Zealand is over 8 degrees above average temperaturewise in some places this week but a colder change is coming.

A Southern Ocean southerly is about to drop Australia’s maximum temperatures by over 8 degrees below normal across about 70% of the nation by Friday.

At the same time, NZ will be over 8 degrees above normal in some regions – especially inland parts of the South Island. This is due to the sub-tropical or northerly connections in NZ, compared with the Southern Ocean southerly spreading into Australia.

Aussie’s cool down reaches NZ by this weekend in the south and temperatures will reset to normal for many, maybe even a bit below following the much warmer than normal week this week.

In NZ those most impacted by the cooler air will be in the lower South Island this weekend and again early next week too. Overnight lows next week in southern NZ will be closer to freezing for a time inland. Northern NZ will see a few degrees drop but nothing too major.