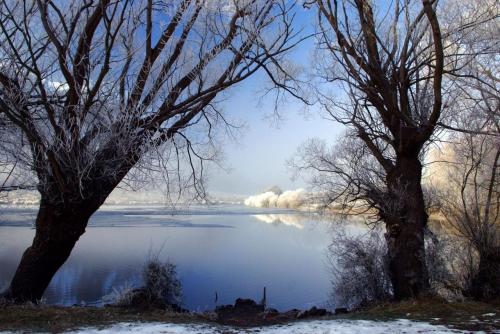 Adelaide and Melbourne both shivered through their coldest mornings of the year today while many areas across the southeast plummeted well below freezing.

During the past few weeks fresh to strong winds over the region have inhibited the widespread frosty conditions. But now a slow moving high has pushed in allowing those winds to ease with clear skies, leading to the cold night.

Adelaide fell to a chilly 2.3 degrees this morning, their coldest since last July. Surrounding suburbs even dipped below freezing, with Parafield hitting its coldest minimum in three years at minus one.

Melbourne’s minimum of 2.8 degrees made it the coldest morning since May of 2008 when a low of 2.2 degrees was recorded. The suburbs also awoke to frost and fog. Avalon froze through its coldest temperatures in five years, dropping to -2.0 degrees with fog also limiting visibility to 150 metres.

Taswegians were not excluded as minimums fell two to seven degrees below average throughout. Liawenee plummeted to minus nine degrees, which is seven below the July average.

Mild northerlies and cloud will build over the next few days with such cold unlikely again during the next week.

WeatherWatch.co.nz says the high that brought the frosty weather is now moving our way – meaning frosts will become more widespread tonight and tomorrow night as it moves directly over New Zealand.

Just so thoroughly enjoy living in Townsville, North Queensland. Light trousers and t/ shirt until about 5pm then a light cardi. We really have the best climate in the world.
Just saying.

Really? What about the frequent cloudy and rainy as well as the torrid humid conditions during summers? I