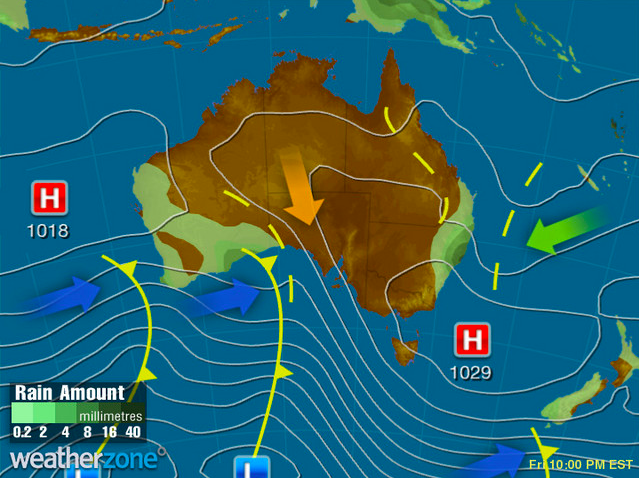 In a month that has Perth’s highest August temperature in 122 years of records, this month is ending on a wet note.

The warm northerly winds that brought the mercury up to 30 degrees on Wednesday 28th have now moved well away from Perth, and have been replaced by increasingly unsettled conditions.

A barrage of fronts will sweep across the southwest of Western Australia in the final few days of August, which models signal will widely drop 15-25mm of rain by the end of Saturday, and locally up to about 40mm.

Perth itself has seen 77mm of rain so far this month, which is 63% of its average August rainfall (122mm); based on the latest models, there is about a 30% chance that the August average will be surpassed.

Last year, Perth experienced its wettest August since 1965, when it collected 186mm. It is unlikely that August 2019 will turn out to be this wet.