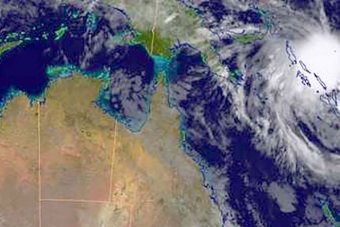 Queensland forecasters monitoring a low near the Solomon Islands that could become a tropical cyclone later this week say it is unlikely to threaten the state.

Earlier this month Tropical Cyclone Raquel became the first formed in July since satellite monitoring began in the 1970s.

The Bureau of Meteorology’s (BoM) Jonte Hall said the latest development was unlikely to pose any threat to Queensland.

“There is a very weak disturbance, it’s out to the north-east of the Solomon Islands, so it’s a long way east, even further east than what Raquel was about a month ago,” he said.

“It would be something interesting if it developed up through the Solomon Islands and could have an impact through there.

“Even if it doesn’t develop, these sort of features can produce lots of heavy rainfall over areas like the Solomon Islands which can be potentially dangerous.

“At the moment it’s not in our area, it’s in Fiji’s area of responsibility.”

Mr Hall said they were monitoring the low but it was unlikely to threaten Queensland.

“It is out there, it’s in a reasonable environment for development,” he said.

“So we could see something happen over this weekend but clearly no threat to Queensland as it’s a long way off our coast.”

Australia has only had one other officially declared July cyclone, which formed off Western Australia in 1996.

The official tropical cyclone season runs from November 1 to April 30.