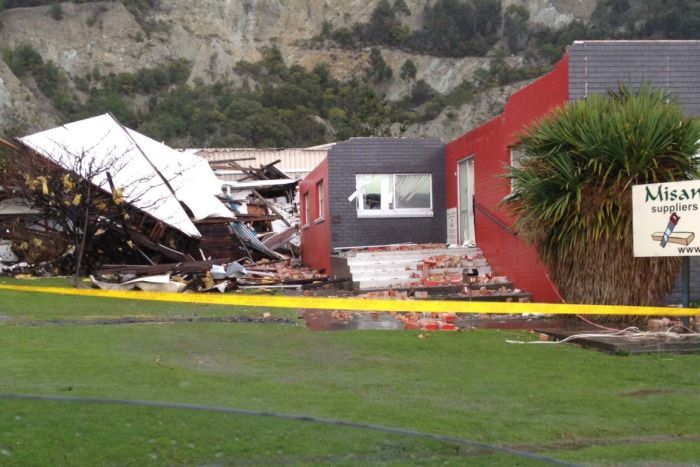 Winds described as “tornado-like” by emergency workers have left a trail of damage in Tasmania’s north-west overnight, injuring one man and causing widespread power cuts.

Power was still out at Turners Beach, Wesley Vale, Latrobe, Leith, Miandetta, Blackstone Heights and parts of Launceston this morning.

There may be more to come, with a severe weather warning remaining for most of the north and north-west.

The weather bureau has issued a flood watch for all northern rivers and there is a severe weather warning for most north and north-west districts.

During overnight storms, a man was taken to hospital from a business at Round Hill in Burnie, while boats were blown around at a commercial marine business.

“There was a tornado-like severe destructive wind and there was four or five commercial buildings in that area which were, they had significant structural damage,” he said.

“There were roofs blown off, there was windows blown out, there was a boat shop in the area that had boats blown around the yard.”

Police are advising motorists to avoid driving on flooded roads in north-west Tasmania.

Several roads have been affected by flooding and local councils are putting up warning signs.

SES northern manager Mhairi Revie said there had been some reports of flash flooding around Launceston already.

“Around that Glebe area, people in that low-lying flood plain could expect to see some water around their properties today,” she said.

“It doesn’t necessarily mean they will flood but certainly they need to take some precautionary action.”

A car hit a fallen tree on the Bass Highway at Leith this morning, causing traffic delays.

Acting sergeant Adam Forest advised motorists to take care and stay off the road if possible.