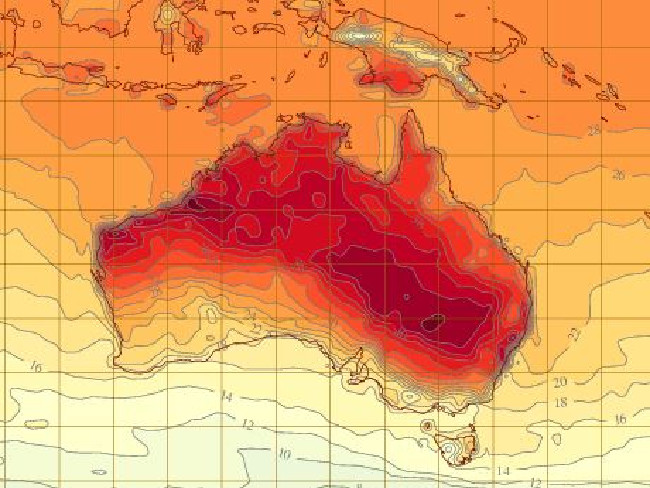 A heatwave in NSW is expected to push temperatures in Sydney to 41 degrees Celsius on Friday, with 30 national parks across the state’s south being closed due to an increased fire risk.

Even hotter conditions are expected in inland areas, with the Bureau of Meteorology (BoM) saying heatwave conditions were being caused by an approaching front and a slow-moving high pressure system over the Tasman Sea.

The conditions are drawing dry and increasingly hot air from central Australia into NSW, the BoM said.

“The forecast for Sydney has now been updated to 41C for Friday,” he said.

“It’s a classic scenario of very hot and dry westerly winds with no sea breeze, followed by a blustery southerly change in the evening bringing relief.”

The highest November temperature recorded at Sydney’s Observatory Hill is 41.8C in 1982.

Mr Logan said the heatwave conditions would continue into Saturday in the state’s north-east.

The , in the state’s south, where the Rural Fire Service has declared a severe fire risk today.

Conditions have been classified “extreme” in the northern Riverina.

The , mainly in the south of the state, because of the increased fire risk.

However, Ben Shepherd from the Rural Fire Service said the risk was not likely to reach extreme across the whole state tomorrow.

“The recent rain will keep the fire index low,” he said.