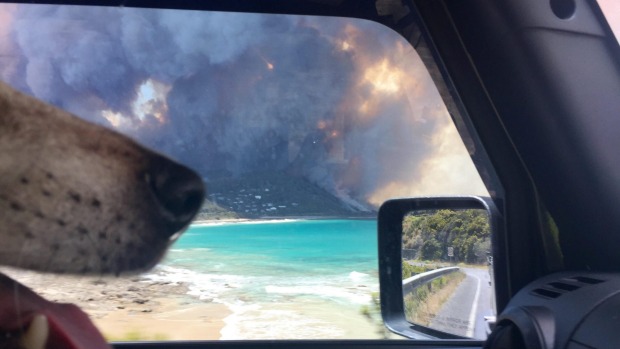 Landslides and bushfires could hit Victorian coastal towns that have already lost more than 100 homes in Christmas Day fires.

Wye River and Separation Creek are reopened for many residents but the towns now face another heatwave that could ignite more fires.

The Great Ocean Road towns have been cleared of airborne asbestos, and electricity and water have largely been restored.

Meanwhile widespread heavy rain could cause minor to moderate flooding on the NSW mid-north coast between Newcastle and Port Macquarie.

A flood watch has been issued for the area, including the Newcastle CBD.

And a flood warning remains in place for the Moruya Valley on the NSW south coast, although rain in the area is expected to ease tonight.