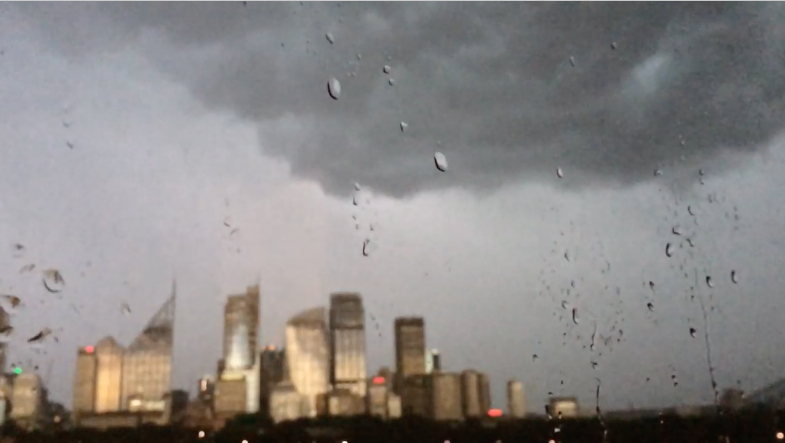 The NSW State Emergency Service (SES) says it is receiving a call every minute as severe weather strikes Sydney, the Illawarra and the Blue Mountains.

The Bureau of Meteorology earlier warned of dangerous storms detected on its radar and likely to affect Sydney Airport, Bankstown, Maroubra, then the CBD, Sydney Olympic Park and the Sydney Harbour Bridge.

Flash flooding in Sydney and the Illawarra led to volunteers rescuing people trapped in cars.

About 30,000 homes are without power and three major substations are out in the Blue Mountains.

Thunderstorms were causing delays at Sydney airport because ground staff could not go out onto the tarmac to unload planes.

SES spokesman Phil Campbell said there had been 500 calls for help, including from people in trapped cars.

“The flood rescues that we’re receiving are in the Illawarra, as well as in the south-eastern suburbs of Sydney around the Sutherland Shire.

“We are asking people to avoid any non-essential travel and to stay well clear of any flood waters they might encounter.”

Other calls for assistance were for damage to property and trees and power lines down.

In the Blue Mountains, the SES said there were reports of snow falls of up to 20 centimetres. Lithgow, Katoomba, Oberon, Mount Boyce, Yetholme and Bell were all affected.

Wind gusts of 160 kilometres per hour have been recorded south of Sydney.

The Great Western Highway and the Bells Line of Road are closed between Katoomba and Bathurst.

Drivers were warned to take care.