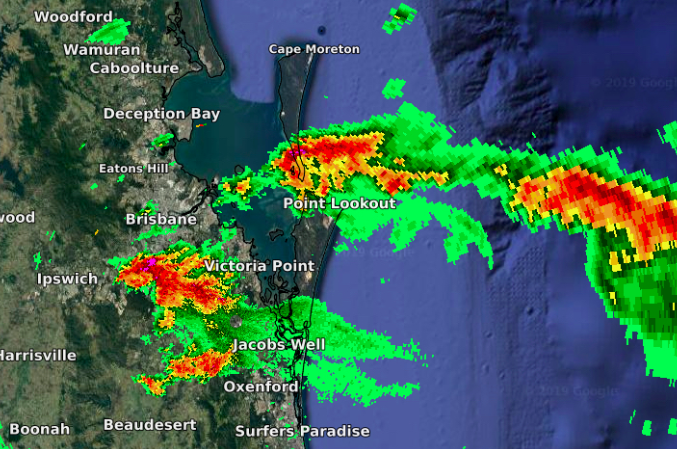 Brisbane has been hit by a severe thunderstorm for the second time in three days.

Intense thunderstorms developed over southeast Queensland on Friday afternoon, with multiple severe storm cells moving from south to north across areas including the Gold Coast, Brisbane and the Sunshine Coast.

A rain gauge on the Gold Coast at Biggera Creek Dam registered 138mm of rain from one storm, including 90mm between 1pm and 2pm. Further north, Brisbane collected 27mm from a severe storm, including 19mm in 10 minutes at 4pm. This comes just two days after Brisbane was hit by a powerful storm that produced 130mm of rain in around two hours, flooding parts of the city.

In addition to the rain, Friday’s storms also produced a wind gust of 107km/h at Redcliff shortly before 5pm. Another storm caused 8-10cm hail in the Sunshine Coast region, according to the Bureau of Meteorology.