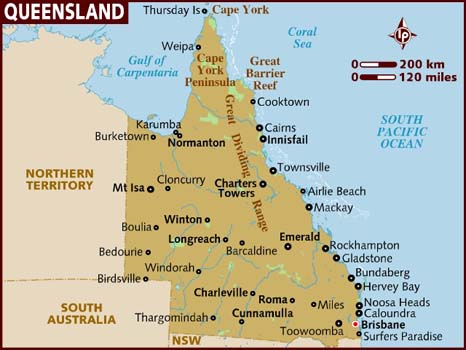 Cunnamulla also had its hottest November day since records began in 1907, with 44.1 degrees.

“The records we’ve broken in Longreach are the most number of consecutive days over 40 for the month of November and that’s been in place since 1965,” she said.

“The second record we’ve broken is the number of days in November over 40 degrees Celsius since 1957.”

The extreme weather has added pressure for drought-stricken graziers already struggling with some of the worst conditions on record.

“The dam situation – you can also see the water evaporating – I think on every living being, excessive heat like this is fairly stressful,” he said.

“That situation is getting worse all the time with this warmer weather.”

Tony Martin, the chief executive officer of Qantas Founders Museum in Longreach, said his staff had to change their work hours to early morning starts to beat the heat.

“The team here – we have actually been starting work at about half-past-two or three o’clock in the morning and that’s purely just to avoid the excessive temperatures we are seeing at the moment,” he said.

“We’re about 10 days straight in 40-plus temperatures.”

The native animals are feeling it too, with Ilfracombe grazier Tracey Walker saying there were big mobs of thirsty kangaroos looking for whatever feed and water was available.

The Thomson River has also been popular with Longreach locals to cool off.

There were hopes the searing heat would whip up some storms to provide desperately needed rain.

Longreach Mayor Joe Owens said locals hoped the ongoing dry would not deter visitors from planning a trip to the region.

“While the rural people are struggling, the business people in town are doing it tough as well, but the town is open for business,” he said.

The weather bureau said there were more 40 degree days ahead for the region, but the mercury should dip to the mid-30s on Friday.