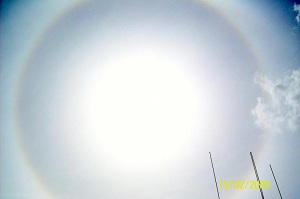 Australia continues to swelter as heatwaves push temperatures into the 40s across a continent that has become a tinderbox.

Firefighters were battling dozens of outbreaks Tuesday – none so far threatening life or property – and authorities were warning of health risks as ambulance services treated people struck down by the heat.

In Melbourne, officials renewed warnings against leaving children in cars after they were called to a number of cases by passersby. Although most had been left only briefly, Ambulance Victoria said temperatures inside a car could soar by up to 20C within minutes.

Surf lifesavers have also urged caution, with hundreds of people pulled from dangerous seas around the country.

Extreme temperatures have been driven north through South Australia and Victoria by weather patterns radiating out from the interior.

In Queensland, hot northerlies are being funnelled between a high-pressure system to the east and a low in the centre, pushing temperatures into the 40s across the southwest of the state in a heatwave that is expected to keep the heat well into the 40s for the rest of the week.

Strong, hot winds and soaring temperatures are raising the already dangerously high risk of grass and bush fires, fuelled by the lush growth that followed the end of the drought.

Total fire bans are in place across large areas of South Australia and Victoria, and electricity authorities cut power to thousands of homes in SA to reduce the risk of powerlines sparking deadly fires.