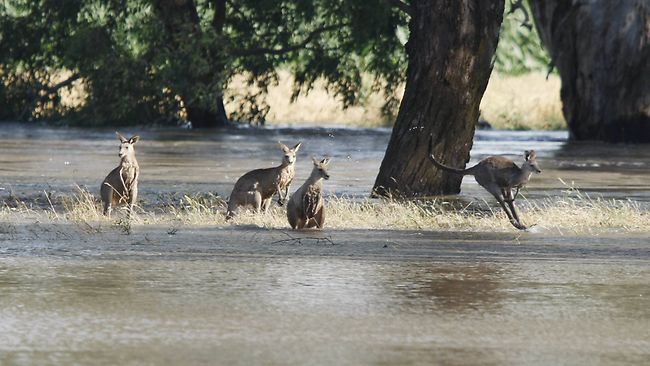 A man has died after being swept into a stormwater drain in Sydney during flooding that has caused chaos and prompted rescues.

The man was working at a waste management and recycling centre at Lucas Heights when he was overcome by the surging rain water.

Police Superintendent Julian Griffiths says neither his workmates or emergency services were able to save him.

“The worker appears to have called for assistance and his fellow workers have tried to come to his aid,” he said.

“Unfortunately from the site as it appears and from the information that we’ve got the heavy rain caused that area that they were working in to fill quite quickly with water.”

His body was retrieved by police officers a couple of hours later.

Outside of tropical areas, rainfall rates in excess of five millimetres in 10 minutes can be enough for flash flooding. But this moisture laden trough is producing rain and storms with falls far heavier than that.

Sydney’s city saw the edge of this storm bring a few millimetres soon after lunch Monday, but the storm then moved southeast and away, allowing rain to clear for a time.

Two people have also been taken to hospital after being struck by lightning during the storm.

Several people were rescued from their cars by the New South Wales State Emergency Service (SES) during the downpour.

There was flash flooding at Mascot, Bankstown and Zetland.

The SES has responded to more than 300 calls for help, mostly to manage fallen trees and damage to houses.