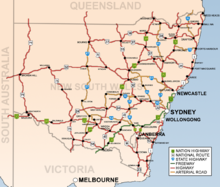 The Parkes Mayor is among the many farmers in the New South Wales Central West region celebrating the arrival of important rain.

Ken Keith runs a property on the outskirts of the central west town.

He said the rain had come at an opportune time.

“Look we’ve had 64 mills over the three or four days over the Easter weekend and it’s been a delightful break in the weather, Counicllor Keith said.

“We’d only had five mills in the preceding two months.

“So it’s actually set up a nice autumn and the opportunity to sow some winter feed.”

Councillor Keith said the rains came just as he was preparing for the worst.

“We were basically in drought mode,” he said.

“Many of the dams on our property were dry and we were lot feeding the sheep rather than letting them denude the countryside.

“So yes it was getting very tight.

“From a water perspective, we were really gearing ourselves for another drought.”

Sean Carson from the weather bureau said there was decent rain across the region.

“We obviously had some more good rainfall figures yesterday with Orange picking up another 28, Goulburn picking up 20, Cowra 14, Parkes 16,” Mr Carson said.

He said Forbes received around four millimetres while Bathurst got eight millimetres.