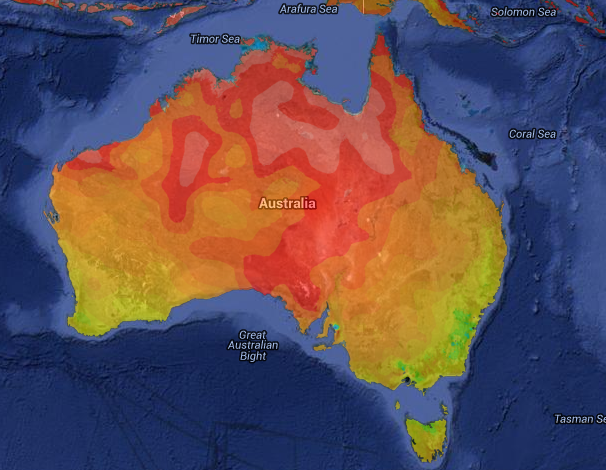 Unusually extreme temperatures scorched the Top End on Sunday, as the mercury soared into the low 40s across some rural areas.

Darwin airport maxed out at 36.9 degrees around an hour after midday, its hottest November day since 2007. However, oppressive humidity meant that it felt more like 41 degrees.

Just inland from Darwin, as usual, it got even hotter. Middle Point, whilst only a relatively short-term site, had its hottest day in 14 years of records, reaching 41.6 degrees.

Despite the heat, no rain or storms came during the afternoon or evening to bring any relief, with the mercury lingering between 29 and 30 degrees into the early hours of Monday morning at Darwin airport.

It has been a long and drawn out buildup this year due to a strong El Nino – with the region recording less than half its average rain since the start of October. Clearer than average skies as a result has allowed heat to build, leading to the unusual temperatures.

Today will be another hot one – reaching 34 degrees in Darwin, and up to the high 30s in rural areas. However, there is at least some hope for relief, with an increased chance of showers and storms.

It will cool off even more from Tuesday and into the weekend, with showers and storms becoming more likely and more widespread.