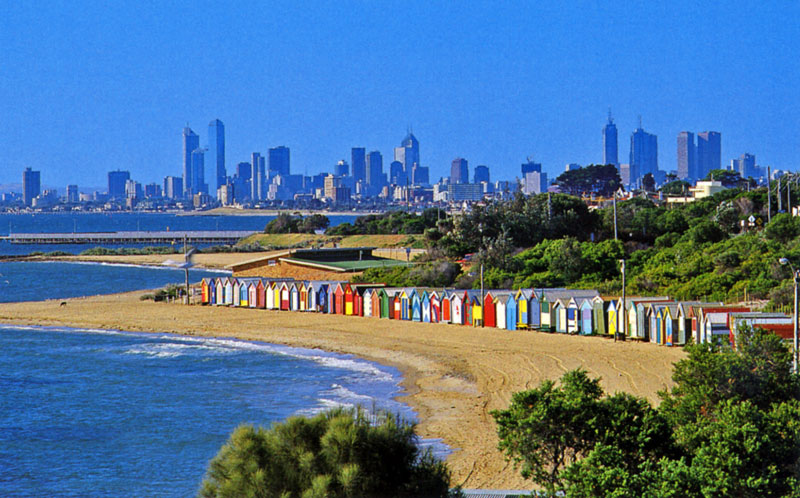 Melbourne has just set a new record by reaching 20 degrees for the 11th May day in a row.

Prior to today, the longest string of 20 degree days during May was 10, which occurred at the start of the month in 1972.

Melbourne typically reaches 20 degrees four or five times during May, so this month’s tally of 11 so far (including today) is a feat on its own. However, having this many consecutive days has not happened during May since record keeping began back in 1855.

The current warm spell is being caused by persistent high pressure systems over the Tasman Sea. These highs have prevented any strong cold fronts from affecting Victoria, which usually become more active at this time of year.

Weather bureau senior forecaster Terry Ryan says the warm period has come quite late in the month compared with previous stretches of warm weather in May.

“The previous run of eight, nine days in a row above 20C all occurred in the first half of the month,” he said.

Melburnians are rejoicing in the ‘mildwave’, dusting off shorts and skirts and some are even heading to the beach.

Looking ahead, there are indications that this area of dominant high pressure will weaken just enough to allow a weak front to cross Victoria on Friday.

Tomorrow should be the last day over 20 degrees in Melbourne before cloud and a southwesterly change affect the city on Friday.

Temperatures will most likely stay below 20 degrees over the weekend and into next week behind this weak change. While these days may seem cool in comparison to the past week and a half, most of them will still be a couple of degrees above average for the month. With the help of the current warm spell, Melbourne is on its way to recording one of the top five warmest Mays of the past 159 years.

Australia is just far enough away so we never get their dry weather much but close enough to allow the highs to often remain in the tasman as they move north.