Australia: Melbourne shivers through coldest winter in quarter of a century 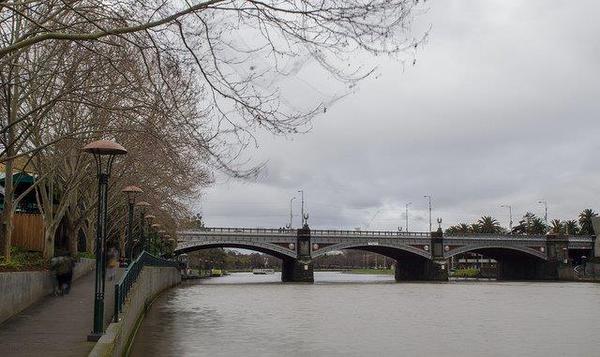 While we’ve had some pretty severe winter temperatures this year, spare a thought for our Aussie cousins too!

It was the coldest winter in terms of maximum temperature in Melbourne for 26 years, the Bureau of Meteorology has confirmed.

The maximum winter temperature was just under 14C for the first time since 1989, about 1 degree Celsius lower than normal.

But that one degree made a big difference, said senior meteorologist Richard Carlyon from the weather bureau.

“It doesn’t sound much, but in winter that’s a big difference, because it’s an average,” he said.

It was Melbourne’s coldest winter in 26 years and it’s not over yet, says the weather bureau http://t.co/mFPG7XqRpx pic.twitter.com/YK4kUSpTKe

“In summer, temperatures vary more than in the winter.

“[In the winter] we don’t see too much variation. [It’s] normally 9-15 degrees, so a departure from the average is never as great.”

It was also drier than normal, despite a higher than average number of rain days.

“Actual rain in Melbourne was below average, but in terms of number of rain days, we had a higher than average number of days,” he said.

He said there were a lot of days with light rainfall that did not add up to much in total.

There was about average snowfall for the winter of 2015 but it was colder than normal.

“It started around Queen’s Birthday weekend, falling in early in June, but never huge amounts,” he said.

“Maximum temperatures were generally colder by about a degree or so.”

The rainfall varied widely across Victoria – it was dry in the west, below average in central regions and close to average or just above in the eastern part of the state.

Summer also finished abruptly in March, a month when there are normally quite summery conditions.

“Summer didn’t last as long and then the winter has kept going,” Mr Carlyon said.

And with summer officially set to begin on Tuesday there are still no 20C days in the forecast, Mr Carlyon said.

It will be around 17C next weekend, which is well below the normal 20C for this time of year.