Home > News > Australia: Heaviest snow in a decade for...

Australia: Heaviest snow in a decade for QLD 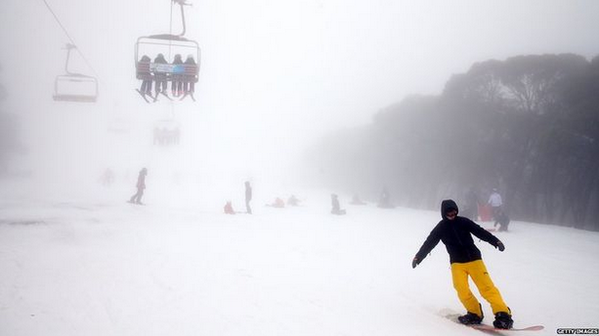 The big chill in southern Queensland has delivered the state’s most significant snowfall in a decade.

The Bureau of Meteorology (BoM) said up to eight centimetres has been recorded around Eukey and Stanthorpe on the Granite Belt.

“The last time we know we had significant snowfall like that was around 2007 when we had about five centimetres of snow recorded at Eukey and [by] all accounts we exceeded that,” he said.

Kangaroos in the #snow as #Australia has some of its coldest winter weather in decades: http://t.co/vTJB0HcmBa Jo pic.twitter.com/B4d8L8nMkq

“It could be the biggest snow event we’ve seen in Queensland in a decade.”

Locals and tourists were determined not to miss the rare event, as families braved the freezing cold to make snowmen at 2:00am.
Candice Sires travelled from Dalby to get a glimpse.

“We haven’t slept yet and wow,” she said.

Stanthorpe resident Michael Hilton said he has never seen anything like it.

“I woke up and walked outside approximately 3:10am and was just absolutely amazed,” he said.

“I missed the 1984 snow but I’ve never ever ever seen anything like this in my entire life. It’s just like a winter wonderland.”

It is the second time this week snow has fallen in the region.

Eukey got a very light dusting on Monday, which melted as it touched the ground.