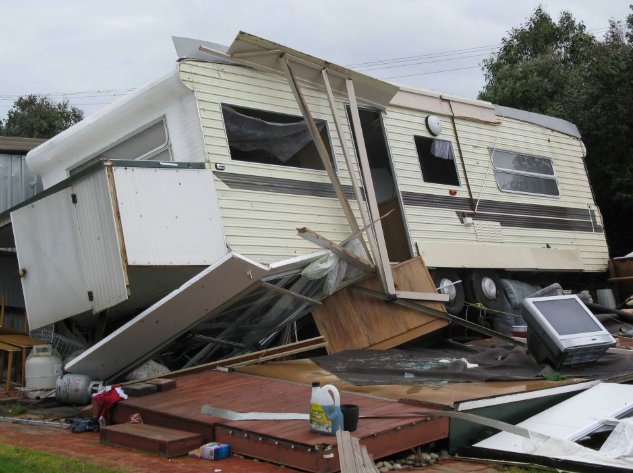 Homes have been inundated by flash flooding in northern Tasmania just hours after the north-west was pounded by severe winds that left a trail of destruction and caused widespread power cuts.

The State Emergency Service (SES) has confirmed houses have been flooded at Windermere, Lilydale and Gravelly Beach near Launceston.

However, Jim Bolzenello from the SES said water levels have peaked.

“A number of houses have flooded, but the water is receding at this stage,” he said.

“We’ve got crews there at the moment placing preventative sandbags in case water does flood again, and the crews are helping the locals cleaning up.”

There have also been a number of road closures as a result of the flooding.

Weather forecasters are urging residents to be prepared for the water to rise again, with severe weather expected to continue.

SES workers have been handing out sandbags to help people fortify properties.

Mr Bolzenello said the SES headquarters has been flooded with calls for help.

“The Kings Meadows area is often prone to flooding and some areas around Amy Road.

“So we’re not expecting any major flooding at this stage, but we’re just asking residents to be aware.” 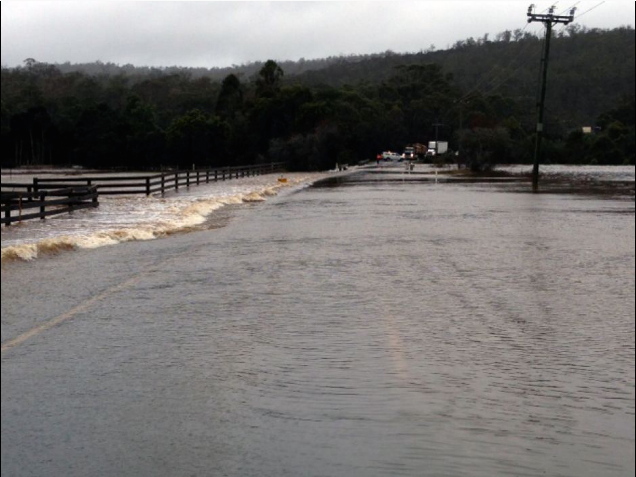 North-west cleans up after severe winds

Monday night, winds described as “tornado-like” by emergency workers left a trail of damage in the north-west, injuring one man and causing widespread power cuts.

TasNetworks crews were busy restoring power but several areas including Devonport and Wesley Vale were still out just before 4pm (AEST).

The weather bureau issued a flood watch for all northern rivers and there was a severe weather warning for most north and north-west districts.

Forecaster Melanie Webb said conditions would worsen tonight in the north and west, but the south was expected to escape the worst of it.

During the overnight storms, a man was taken to hospital from a business at Round Hill in Burnie, while boats were blown around at a commercial marine business.

“There was a tornado-like severe destructive wind and there was four or five commercial buildings in that area which … had significant structural damage,” he said.

“There were roofs blown off, there was windows blown out, there was a boat shop in the area that had boats blown around the yard.”

‘When she went bang I hit the floor’: resident

Residents of the north-west told of sudden destruction caused by severe weather that lashed the coast Monday night and was continuing Tuesday.

“When she went bang, I hit the floor and glass went into the paperwork,” he said.

The business that Helen Breaden grew up in had its roof blown off and walls toppled.

“I was devastated, just totally devastated. It’s just shocking to see it all just gone,” she said.

“It was a solid brick house.”

Police Inspector Kim Steven said he was surprised by the extent of the damage.

“We’re lucky we came out with only minor injuries to one of the occupants.”

Police are advising motorists to avoid driving on flooded roads in the north.

Several roads have been affected by flooding and local councils are putting up warning signs.

“We’ve responded to a number of trees that have fall across the road and large amounts of water on the road,” he said.

“Police have attended a semi-trailer that’s been blown over on to it’s side by the wind, and there’s a been a number of damaged and destroyed sheds and some damage to houses.”

Acting sergeant Adam Forest advised motorists to take care and stay off the road if possible.