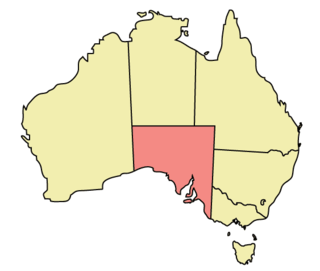 Fire crews across South Australia are on high alert with forecasts of high temperatures and damaging winds for most of the state.

An extreme weather warning has been issued, with the warm weather mixing with gale-force winds.

Simon Ching from the Bureau of Meteorology said the eastern part of South Australia would bear most of the brunt of the front moving across from the west.

The areas that may be affected include Adelaide, Whyalla, Renmark, Mount Gambier, Kingscote, Naracoorte and Woomera.

The Bureau of Meteorology said the windy conditions should ease by the end of the day.

“We’ve had seasons and areas that have had wet conditions,” Mr Thomason said.

“We’ve also had a prognosis of areas having drier and probably warmer and windier conditions over the next three months so we will probably be into the fire season very shortly, particularly in the northern areas.”

Mr Thomason said property owners needed to make sure they were prepared.

“Quite often we find they want to do it when the fire is approaching them and it’s just too late,” he said.

“It puts them under a lot of pressure. We want them to be prepared and certainly have an action plan and understand what they and their families and neighbours are going to do.

“They need to have those conversations and start cleaning up now.”