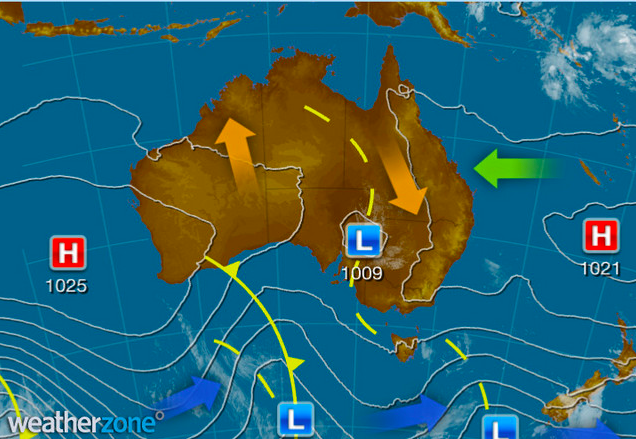 Most of Australia is likely to experience a relatively dry and warm run into spring, according to the latest seasonal outlook issued by the Bureau of Meteorology on Thursday.

A developing El Nino pattern in the Pacific Ocean, the prospect of weaker than average westerly winds over southeastern Australia in the coming months, the possibility of a positive Indian Ocean Dipole and a background rise in global surface temperatures are all factors that influenced the Bureau’s latest seasonal outlook.

Between August and October, much of Australia is likely to experience above average maximum and minimum temperatures and near to below average rainfall.

The seasonal outlook comes after Australia registered its fourth warmest autumn on record, during which rainfall across Australia’s southern mainland was in the lowest 10 per cent of historical records. More recently, most of the country has registered less than 20 per cent of their average July rainfall during the first 26 days of this month.

The impending dry and warm end to winter may also elevate the early-season bushfire threat in parts of southern and eastern Australia. The amount of live green vegetation is already lower than usual for this time of year in these parts of the county, due to a lack of recent rain. Some areas of northern NSW have had the start of their bushfire season brought forward to the beginning of next month as a result.

Visit http://www.bom.gov.au/climate/outlooks/#/overview/summary for more information on the seasonal outlook.