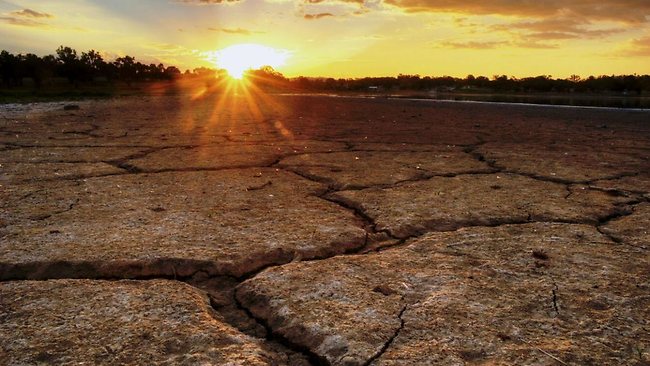 Drought-affected towns in Queensland and New South Wales are set to receive an injection of funds that will aim to boost their lagging economies.

The Federal Government’s special drought assistance package will target rural communities entering their third year of drought, and will fund shovel-ready projects to ensure people can stay in the community.

Local councils in drought-affected areas have welcomed the plan. But they say their communities must be in control of the funding if the Government is to avoid stimulus disasters like the pink batts scheme.

It has been three years since many farmers in central western Queensland and northern New South Wales have had decent rainfall.

Walgett Shire Mayor David Lane said that during that time, farmers have had to cut their stock numbers and put off workers, and the flow-on effect in their local communities has been astounding.

“It’s sort of a domino effect. The whole shire is really suffering at the moment,” he said.

“The business houses in the towns, whether it be farm machinery, mechanics, all those sorts of people … they’re not getting the work because there’s no agriculture happening so they’ve had to lay their workers off.”

Over the border in Queensland, Paroo Shire Mayor Lindsay Godfrey said that with agricultural production down, his community had lost its major source of income.

“It’s an absolute disaster situation in many of these shires where it hasn’t rained,” he said.

“Council being the main employer in our shire, our grants are frozen and we’re unable to increase rates, we’ve got everyone struggling to pay their rates because of the economic situation.”

Mayor says drought needs to be declared a national disaster

“What we’re trying to do is make sure that we create a stimulus package that doesn’t just help people on the land, but creates the liquidity in those areas,” Mr Joyce said.

“So that the local shopkeeper, boilermaker, fitter and turner, they also get the chance to access some of that money.”

The package will target communities entering their third year of drought and Mr Joyce said he had already asked a number of local councils to detail “shovel-ready” projects which could be rolled out under the plan.

“These are the sorts of projects that mean the money’s not wasted, it actually leaves the area in a better form than what it was before.”

Regional councils have welcomed the plan. But they say decisions about how the money is spent must remain in the hands of the communities themselves, if the Federal Government is to avoid the mistakes of the previous stimulus plans such as the building the education revolution fund and the pink batts scheme.

“Don’t try and manage it from Sydney because that’s when you end up with things that the community don’t really need.”

Paroo Shire Mayor Lindsay Godfrey has welcomed the stimulus plan but believes the decision to cease exceptional circumstances drought subsidies in 2009 has left farmers and their communities in a situation they will struggle to recover from.

“The situation’s got so bad now that it’s very, very difficult to reclaim the ground that we had,” he said.

“We need a national policy on drought, we need to have a national look at what’s going on and really this exceptional type drought needs to be a national disaster.”

Mr Joyce has yet to reveal how much the total package could be worth, although media reports suggest it could be between $20 and $40 million.