Australia: Cyclone Marcus may affect Perth in a week, another cyclone may follow 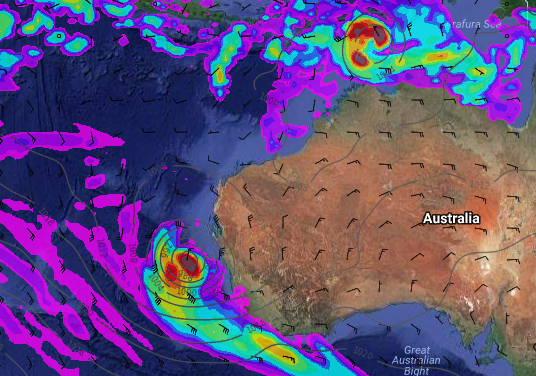 Cyclone Marcus formed Friday in northern Australia and is tracking westwards along the northern coastline and will pass Darwin today and tonight as a Category 1 tropical cyclone bringing lower end damaging winds and torrential rain.

As Marcus tracks westward over the Indian Ocean it will reach better conditions away from land to intensify and will become a major cyclone, possibly reaching Category 5 status.

Next week Marcus will eventually turn to the South Pole, pulling southwards and then southeastwards. For the past few days modelling from GFS has showed this storm hitting Perth directly, or very nearby, one week from now (Saturday March 24th). It would likely be extra-tropical by then but could still have Category 1 or 2 strength. It’s still a long way out but an interesting set up.

Not only that, but around the time Marcus will reach the south western corner of Australia another tropical cyclone will likely be forming where Marcus was born, up near Darwin. 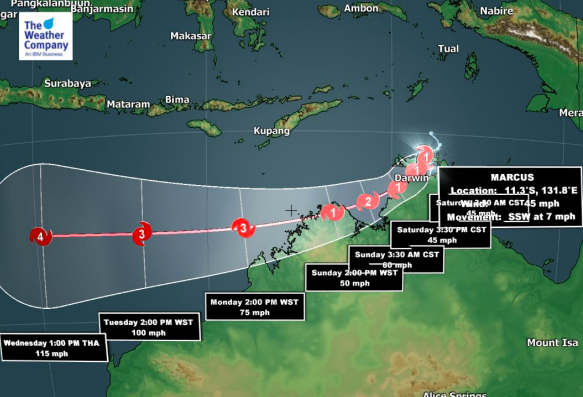 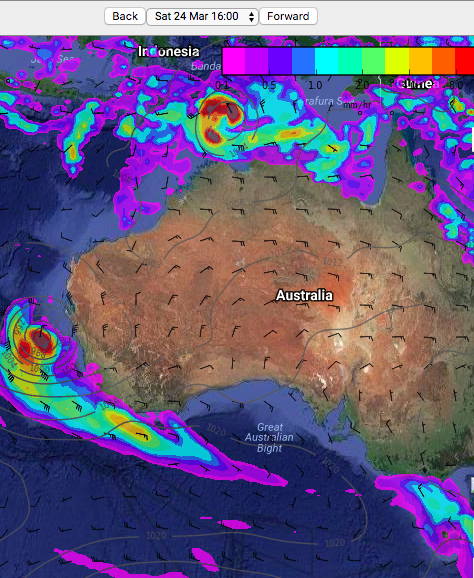 – March 24th shows MARCUS offshore from Perth while another tropical cyclone looks to be forming again near Darwin / Weathermap.co.nz