Australia: Crops ‘on a knife edge’ after dry August 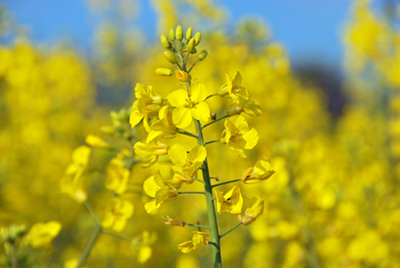 A drier than average August in many parts of the country means spring rains will now be critical to ensure grain crops don’t fail.

Many cropping regions in South Australia, Victoria, southern New South Wales and Western Australia recorded below average rainfall for the month of August.

Ron Storey, of Australian Crop Forecasters, says at the start of August, most crop growing regions had been on track to record average or better than average yields, but now the forecast for the national wheat crop, which had been projected to be 24 to 25 million tonnes, is likely to be downgraded.

“There is probably not a crop in Australia at the moment that would not benefit from some rain,” he said.

“What’s critical about September is that the days get longer and warmer and therefore the crops need more moisture, the plant is ready to go.

“So this next two to three weeks really will be a knife edge for some crops.

“If they don’t get rain at all, some of them will go back very, very rapidly and some of them may even fail.”

But Mr Storey says a failure of crops is not likely to be the normal situation.

“Some could (fail) if we saw three weeks of dry weather. On the other hand, a good rain in the next week and a lot of them kick along and get back to average type yields.”

Localised frosts in recent weeks have also done some damage to crops.

“It’s very, very difficult to tell the real result until the crops get harvested, but it does appear that there’s no doubt that frost has done some damage in some areas,” Mr Storey said.

“We wouldn’t put it in the devastating category across the nation, but that doesn’t mean that some individual farms won’t have been fairly badly hit, but it’s not something at the moment that would make a massive difference to the national forecast.

Canola crops have also been affected by frosts, a lack of rain, as well as the beet western yellows virus that has destroyed crops in some regions, and the national harvest forecast of 3 to 3 and a half million tonnes is likely to be downgraded.

Mr Storey says the canola killing virus is not likely to have a big impact on the overall canola harvest.

“On the basis of the area that it appears to have affected it would not make a big impact on the overall forecast, but at a local area it can have a big affect.”

When Australian grain crops are harvested it’s likely growers will be selling into a bearish world market, with global grain prices tracking downwards.

“The reality is there is a monster crop either already harvested, or being harvested, in the northern hemisphere so there is a lot of grain around,” Mr Storey said.

“The caveat on that is there has been quite a bit of poor harvest weather both in Europe, and now appearing in Canada and northern parts of the US crop.

Mr Storey says that’s likely to lead to an increase in the price spread between feed grain and high-quality milling wheat.