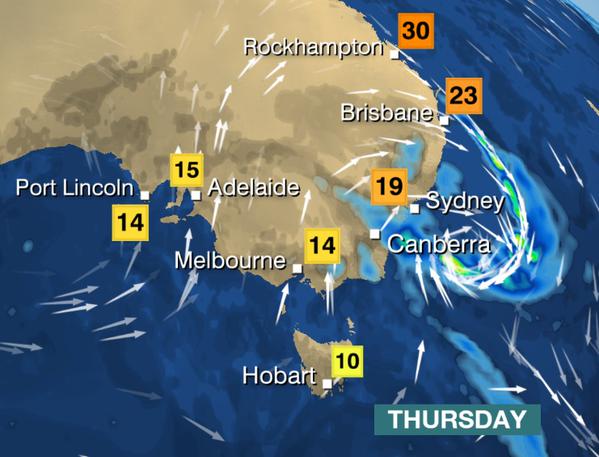 Canberra has shivered its way through the most cold nights since 1997 and its wettest winter since 2005.

According to the Bureau of Meteorology, Canberra experienced three main rain events during the season from a total of 25 days of rain.

There were 22 days with at least 1 millimetre of rain, just up on the historical average of 18 days, and three days recorded at least 20mm.

AUSTRALIA: Those cooler southerly winds are back in Adelaide & Melbourne on Thursday. Wet for Canberra & Sydney. Matt pic.twitter.com/7os9VuuGCH

Minimum temperatures were also below average, particularly during June, with the most cold nights since 1997.

There were 40 nights where minimum temperatures were -2 degrees Celsius or lower, the highest number since winter 1997, with 48 nights.

But according to the bureau, the minimum temperature of -7C on June 2 was the coldest June night since 2000.