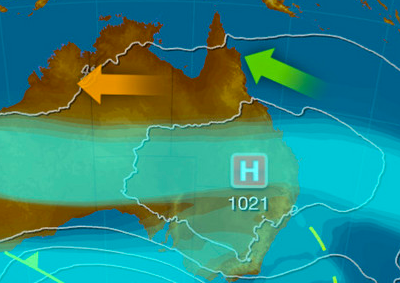 Amberley has seen a run of cold mornings, with the mercury Tuesday morning dropping to -1.6 degrees, which is nearly seven degrees below the July average.

Brisbane city has not been spared, with the past four mornings recording seven degrees or less. The coldest morning occured on Sunday, when the mercury fell to 5.2 degrees, which was the coldest morning in four years.

Archerfield has dropped below three degrees over the past three consecutive mornings, which hasn’t happened since 2008.

The spell of cool crisp mornings look to continue for the next few days, with Friday morning looking to be substantially warmer under partly cloudy skies.