Australia: As cold as -3C for parts of NSW makes for cold April morning 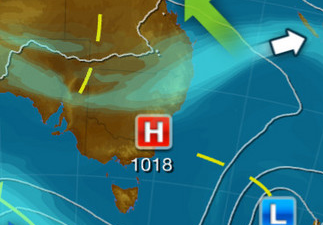 A number of locations in New South Wales had their coldest April morning in several years, including parts of Sydney.

Places like Armidale, Mudgee, Lithgow and Scone had their coldest morning for the month since 28 April 2015.

Residents of Thredbo Village had their seventh below-zero minimum temperature for this month and coldest April morning since 29 April 2015, dropping to a wintry -3 degrees.

Horsley park in Sydney cooled to nine degrees in the early hours of the morning, the coldest April day since 2014.

Cooling overnight and into early morning in recent days can be attributed to the clear skies seen across the state just before sunrise, brought on by the ridge of high pressure currently situated over much of the southeastern parts of the country.