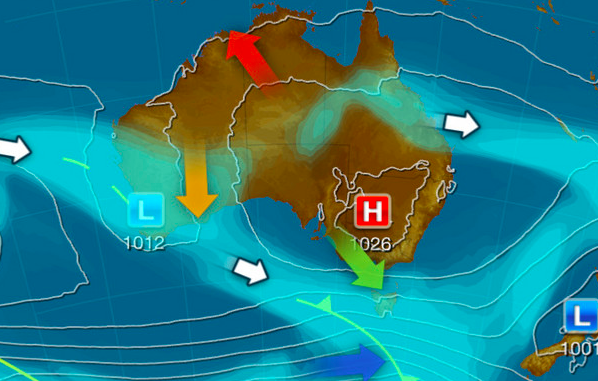 Freezing cold mornings have been few and far between in Alice Springs this winter, particularly compared to last year.

For those who live in Alice Springs it would be hard to forget how cold last year’s winter mornings were. There was a new record of 36 mornings dropping below freezing. This year the really cold mornings have been lacking, with only four mornings sneaking below zero degrees.

There have been two main reasons for a lack of very cold mornings. This season there has been a negative Indian Ocean Dipole (IOD) event. This means that the waters off the northern WA coast have been warmer than usual, bringing extra cloud over central Australia. The cloud cover kept temperatures warmer than usual on many nights.

The second main reason for warmer nights has been only a few strong cold fronts bringing cold air to the Red Centre. This has also led to warmer than usual days in all months of winter.

Looking ahead to spring and temperatures are likely to be above average due to a warmer than usual airmass over the nation and also a gradually return to neutral conditions in the Indian Ocean (neither positive or negative IOD events) in mid spring.

If you live in Central Australia, you can look forward to an increase in hot sunny days as summer approaches.