Australia – A wet week ahead 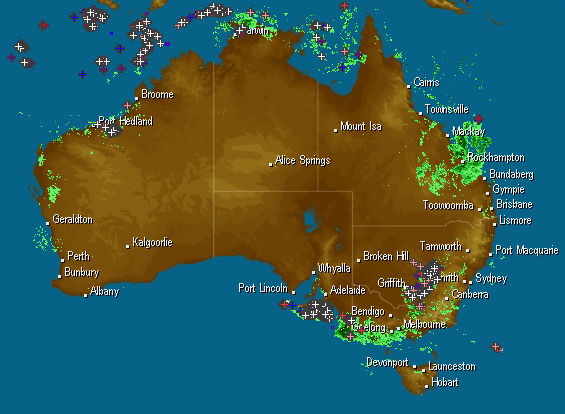 Most Australians could see rain or storms this week, some of which will cause flooding.

All eight capital cities have a chance of showers during the first half of this week and all but Hobart are at risk of storms today or tomorrow. The prospect of wet weather also extends to many locations away from the nation’s interior between now and the weekend.

Low pressure troughs will draw moisture-laden air from the surrounding oceans over the continent all week. This rain will be bolstered by a monsoon trough in the north and pulses of cold upper-level air in the west, south and east.

With so much of the country at risk of rain, it’s worth pointing out that some areas may miss out altogether.

The heaviest falls in the country between now and Sunday will most likely occur over Queensland’s central coastal districts. A low pressure system will help produce weekly rainfall totals of 100-200mm between about Bowen and Gladstone, which is more than a month’s worth of rain. Some areas could receive more than 400mm during the week, so flash and river flooding are a risk.

The wettest capital will probably be Darwin due to the presence of the monsoon trough early in the week, although Melbourne and Brisbane should also see some good falls.