Auckland: Thousands of homes without power as gales hit 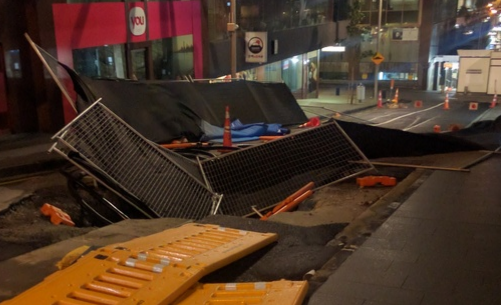 Gales are currently gusting between 90 and 120km/h across parts of the region, according to WeatherWatch.

Asquith Rd in Mt Albert, Miller St in Pt Chevalier, and Royal Rd in Massey are all closed due to power lines being down.

Roofing iron is reportedly flapping from buildings across the city.

In Wellsford, 1000 homes remain without electricity and power is unlikely to be restored until tomorrow.

About the same number of homes are without power tonight in Titirangi.

“A lot of construction going on and signs have been blowing over, [so] we have tipped over signs on Quay St for pedestrian safety,” he said.

A fallen tree is blocking part of State Highway 1, between Puhoi and Mahurangi West Rd, with traffic down to one lane, the New Zealand Transport Agency reported.

The road is congested and motorists are warned to expect delays.

The [strongest] winds are expected to last until 3am, according to WeatherWatch.