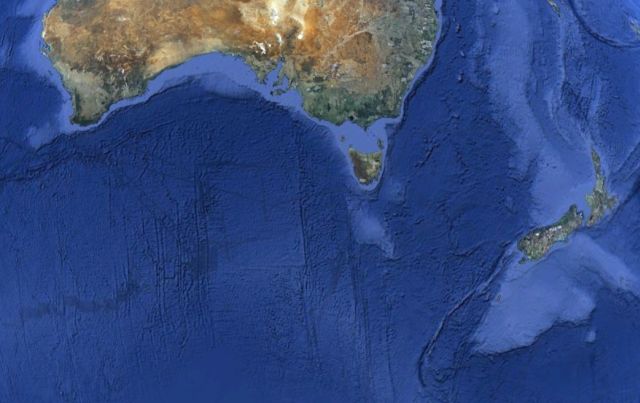 WeatherWatch.co.nz is fielding questions from New Zealand and Australia with regards to the ash cloud over the two countries.  We’ve tried to address the main questions below…

What volcano is erupting?  The Puyehue-Cordon Caulle volcano in Chile began erupting on June 4.

If Chile’s to our east, how come Australia is getting the ash before us? Away from the equator the wind travels from west to east (our prevailing wind is a westerly, it’s the same in Chile).  So even though Chile is much closer to our east, the ash is being blown eastwards, 9000kms around the globe and then coming in from our west or south west.  In fact, it’s now going around and around the globe.

Outside of Chile, how come Aussie and New Zealand seems to be the worst affected?  New Zealand is the only other land mass as far south as Chile.  Some maps, such as the satellite map to the right of this page, are stretched to fit into rectangle boxes, but in reality the South Island juts down further than Australia does.  (see map below).  Australia is also fairly far south, especially Tasmania and Victoria.

Why are some airlines flying while others are not?  You’d need to ask your airline.  Our belief is that conditions, for the most part, are completely safe to fly in and we are unsure why some airlines are placing blanket bans on travel during ash cloud events when the ash ceiling is 20,000 feet and above.  We have no further comment on this.

What happens if a plane flies into ash?  The ash may be very fine but it can choke engines causing them to shut down, while at the same time it literally sand blasts the cockpit windows making them almost impossible to see out of (and can remove the paint off the jet).  Planes can safely fly above it, or under it – but cannot fly through it.  To get above the ash they need to firstly fly around it, then climb up.

Will the ash affect our temperature?  It’s possible, when the ash is thick, that it could lower our temperature by a degree or two during the day, but our feeling is that mostly we won’t even notice it.

I collect rain water from my tank – should I disconnect this until the ash clouds clear?  No, the ash isn’t actually falling to the ground here, unlike when Ruapehu erupted.  In this case the ash is extremely fine and is being carried between 6 and 11kms above the earth and is travelling at well over 100km/h eastwards.

I have asthma, should I be concerned? The ash isn’t falling to the ground here so we don’t anticipate any serious complications.  Any ash that does find its way to the ground will be almost undetectable.  If you are concerned or having breathing difficulties please check with your doctor.

When will it stop?  That depends on when the volcano stops erupting.  The wind flow pretty much means New Zealand and Tasmania will remain at a high risk for ash during this volcanic event which could last weeks or even months.

Can we see the ash cloud?  During the day it is very hard to see, but it may make the sun pale and the sky less blue.  During sunrise and sunset it is most noticeable, creating fiery red skies.  On a clear night it may also limit the number of stars we can see.

Will it affect Auckland airport?  The ash itself won’t physically affect any airports, but the further north the ash cloud goes then the further planes have to fly to be able to safely climb to a higher altitude away from the ash.  At this stage we don’t anticipate any major problems flying from Auckland (with the exception of Qantas and JetStar) to most international locations, but this is an ever changing situation, so check with your airline if you’re concerned.

What do you think are the highest risk routes in NZ?  We can’t answer this as it changes daily.  Check with your airline.

What do you think are the highest risk routes in Australia?  We can’t answer this as it changes daily.  Check with your airline.

Can you advise us of which airlines are operating and which flights are affected?  No, we suggest you contact your airline for this information as there are too many for us to monitor effectively.

– This information was produced by WeatherWatch.co.nz and is intended to address the questions we are receiving.  Official information on the ash clouds can be found via MetService, CAA and BOM.

Hi there, i was wandering, with the current volcanic activity in south america, will it affect the snow fall in New Zeland for the current winter.

Have a friend due back from holiday in Tasmania via Melbourne end of the week (I think) If Air NZ continue flying from Australia she will be ok but its the getting to Melbourne to connect with her flight home that will be interesting. Seeing flights are now being cancelled in Dunedin is travel still likely to be affected in Australia/NZ towards the end of the week ? Hobart has flights showing as operating tomorrow onwards but as we have been hearing on the news the situation keeps changing.

Hi there, it’s impossible to tell with much advanced warning – and we’re finding it hard to get information.  This from a Herald story this morning: "The MetService and the National Institute for Water and Atmospheric Research referred inquiries for comment to each other and the Civil Aviation Authority".

WeatherWatch.co.nz also enquired yesterday and MetService told us they couldn’t help us and referred us yo CAA.  CAA returned out call but the person we were put through to was the wrong person and couldn’t advise us on anything – apart from suggesting we call MetService.  He was helpful though and has left us with the media contact at CAA – we’ll see if we can get somewhere today with this.

Thanks, she leave Tasmania Sunday, flights still showing as operating from Hobart. Lets hope this ash cloud clears soon. Another reason I prefer to travel by ship.

How is it determined what the upper and lower limits of the cloud are? Ground based radar; satellite data, computer modelling? also how do they know the particle size? Thanks.

Hi Tony – fantastic question, and one that we don’t know the answer to!  We’ve contacted MetService but they couldn’t help us either, which seems a bit odd, so we’re now waiting to hear back from the Civil Aviation Authority.  We have our own ideas but this is definitely outside our area of expertise so as soon as we hear back from them we’ll publish the answer here.

Hi. Have you been able to find anyone to answer the questions I asked last time you had this article up on your site? Thanks.

Oh hi Tony – sorry about not getting back to you.  We tried for two days and had no luck.  After speaking to some scientists we believe it is done from the top via infrared satellite – they know the heights of the rain clouds by temperature so when the ash is travelling with those clouds they know the height.  The base can be measured by lasers pointed from the ground, taken at various points on the globe (including NZ) looking up.

We are hoping to speak to CAA again tomorrow (we had no luck last time) and hopefully get an ‘official’ answer.

Hi Tony, good news, we spoke to Peter Lechner from the Civil Aviation Authority who said they measure the ash clouds in a variety of ways – the main way, in simple terms, is via back scatter.  The satellites send a signal to and from the clouds and when the data returns to the satellite, meteorologists and scientists can determine the various altitudes of ash.  It’s a tricky job but an important one.  Satellites measuring normal clouds play a role as do computer modelling – which estimate where the clouds will be at various points around the globe based on lows and highs and jet stream altitudes.  Finally pilots can SEE the ash clouds and can report back as to base and celing height.  So a combination of ways to determine the height and base of the ash cloud.

Thank you very much. Regards Tony