Home > News > Are we heading for more droughts?...

Are we heading for more droughts? 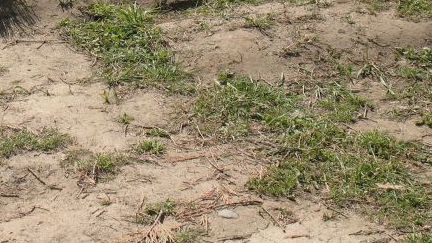 This question is being raised more and more often – are we heading for another drought?

As mostly dry, warm, weather continues to affect much of the country and water tanks start to lower many are questioning NIWA’s prediction of average to above average rainfall for northern, eastern and southern New Zealand this summer.

WeatherWatch.co.nz has taken a close look at the current weather maps and believes that while it is dry at the moment, we are not seeing a repeat of last year’s set up.

“Last year we had no sign of rain and a long range prediction of a dry summer.  This year we have again started the dry season early but we are still maintaining a prediction of norma rainfall for most this summer” says head weather analyst Philip Duncan.

“Take Friday’s set up for example.  We don’t have a big solid high over us.  Yes, the air pressure is still quite high but we have three weak areas of low pressure around us.  One to the west, another to the north and a new low forming to the south east”.

Mr Duncan says there are several frontal systems closing in on the country and while they are weak and fickle their combined efforts may see a little rain moving in to northern and western parts of the North Island and southern and eastern parts of the South Island during Saturday and overnight Saturday.

“We are seeing – painfully slowly for some – an increase in rain making systems around the country. “.

“Hopefully as we slide into summer the rain makers will increase a little more” says Mr Duncan.  “Not enough to ruin the holidays but enough to ensure most regions get healthy rainfall numbers”.

WeatherWatch.co.nz says that western areas of the nation may not be so lucky though, with Taranaki, Wanagnaui, Manawatu and Nelson most vulnerable to drier than normal conditions this summer.

looking like a strong high pressure again building next week and into the week after that over NZ
this last week low from the north, currently giving drizzle patches and high humidity to auckland and northland is a good sign of things to come from La nina
over the summer…..by Feb, the upper NI might be sick of the rain and camp grounds might be emptier than normal….we shell see