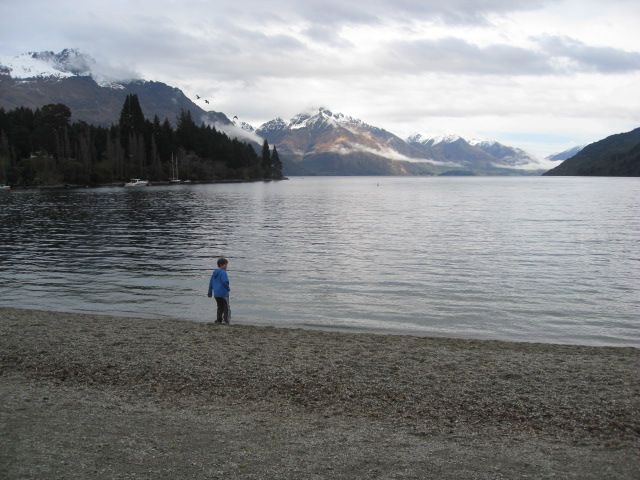 The shortest day is basically two months away and although some southerners in eastern regions have been complaining of the cold, those in over the upper North Island have felt an autumnal nip in the air but nothing too major, well that’s according to mainlanders perhaps!

As we bear down towards winter, some folk believe it’s chilly all the way until September but occasionally summerlike  warmth can linger into April and May.
Temperatures have been near or over the 20 degree mark in Auckland during the afternoons and that’s expected to continue over the Easter break and yesterday the bay cities closed in on the mid 20s.

Record high temperatures have also exceeded 30 degrees in eastern areas of both islands over the years during the second month of Autumn but this Easter it doesn’t appear that is very likely at all. In fact there’s no hope.

Nights have certainly been cooler over the last week everywhere with some light frosts recorded in several inland areas of central and southern parts of the country and snow levels plunged over the Southern Alps and foothills earlier in the week as a very cold southerly advanced north.
Temperatures overnight in northern areas should warm up a little as the long weekend rolls on but rain or showers may make it a little more unpleasant towards the end of the easter period.

This is nothing new for April and with Easter falling late in April this year, it appears that its lost some of its attractiveness weatherwise but next year it moves forward 2 weeks and so there is more chance of milder temperatures but there’s definitely no guarantee.