Any frosts at your place? 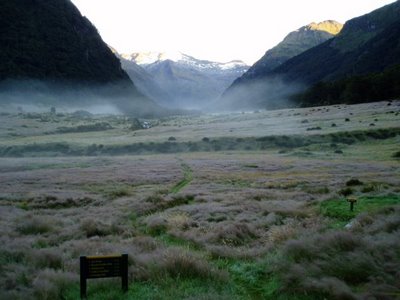 Although April has been a dry and quite a clear month temperatures have been on the cool side at night and first thing in the morning and there have been a few reports of frost.

Has there been a frost near you?

Some temperatures have closed in on zero first thing in the mornings recently for parts of the country which has started off the day with a bit of a crisp beginning.

Inland areas of the North Island have seen thermometers plunge so it’s not just chilly temperatures for the Mainland.
Parts of Auckland have also seen the mercury just sneak into single figures overnight and a cool and fresh feel has certainly been noticeable in the mornings.

Fires have been lit and some heatpumps have also been switched on but a few homes have managed to retain the warmth of the day into the night which has been an advantage.Have you been one of them?.

Ground frosts are possible again tonight but the winds may slowly start to increase in the south which coiuld keep the temperatures a little higher.

Yesterday morning a light nor’ west breeze saw Invercargill on twelve degrees at 7am and yet in Gore just 60km up the road it was three degrees as the conditions were mostly clear and calm.

Photo of Siberia Valley down south by Andrew Barker

None in new Plymouth as yet.
neither have we had the need for heating. My house generally remains at about 10 degrees above that of the outside temperature. Lowest indoor temperature of 16.2 as against the lowest outdoor of 7.7 for April.

have seen some ground frosts here in Invercargill but nothing really crispy yet until we get the snow on the mountains i won’t expect them. Hoping we get the good 7-10 days of them late june early july therr really is nothing like a crispy fine winters morning.

No frost in Hamilton yet due to fogs but down to 4deg this morning. Doubt we will get one this week but maybe when the next high moves in we could see one. Cheers Dave

I’m lucky as my home in Invercargill is reasonably modern and built to make the most of the sun – no fire yet and when I went to bed last evening, it was still 22 degrees inside.