Antarctic snap coming later this week – What you can expect 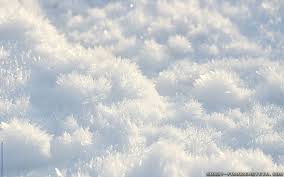 Later this week the lower South Island can expect a pretty sudden drop in temperature, as a cold southerly airflow is set to spread over the lower half of the country.

Some places can look ahead to snow flurries, though most of the worst of the weather should pass by Friday this week, and most of the heavy stuff should stay where it belongs – on the ski fields!

Check out our region specific outlook below:

Wednesday will see southerlies pick up from morning, possibly bringing rain – but there shouldn’t be any snow, as the air is too warm at this stage.

The rain eases to showers on Wednesday night, before easing further on Thursday, then clearing by late afternoon.
The snow level looks to be about 800m early on Thursday, before dropping to 300m in the afternoon and then clearing.
Snowfall levels: 4cm down to 800m, 0.5 to 1cm down to 300m.
Lower amounts will more than likely melt – meaning it shouldn’t accumulate at that level.

Southerlies pick up later on Wednesday here too, increasing overnight on Wednesday, before easing early on Thursday and then mostly clearing.
There may be a sporadic shower or two during Thursday, then clearing by evening.
Snowfall levels: 1 to 3cm down to 800m, negligible amounts to 300m which most likely won’t settle.

Expect rain on Wednesday, whch then eases to the odd shower by evening.
Showers then mostly clear early on Thursday.
Snowfall conditions shouldn’t coincide with the cooler air at low levels, but higher up on the ski fields there should be some snow where it belongs – due to the rain on Wednesday.

Cold air doesn’t arrive in Canterbury till Thursday, so cold southwesterly winds will pick up early on Thursday, bringing showers  – which mostly clear in the evening.
Snowfall levels: 1 to 3cm down to 800m by midday, lowering to 400 or 300m in the evening – though only 0.5 to 1cm, before clearing.
Again, those lower amounts may just melt, so it’s possible that nothing would accumulate at that level anyway.
Higher up in the mountains there should be better snow totals on Thursday for the ski fields, nothing dramatic but welcome.

And we don’t normally include Napier in a lower South Isladn snow forecast!…but after the surprise snow to sea level in Hawkes Bay last week we thought we should show you what the current thinking is for Hawkes Bay.  The air possibly gets cold enough for snow to 500m on Friday morning, but then any showers about clear.

Thanks for the updates, we have had an advisory on heavy snow in inland Canterbury High Country (we are located up the headwaters of the Rangitata River). But havent heard much since that (2 days ago), is this system expected to bring heavy snow to higher parts of inland Canterbury?

With the way things are going I’d say that advisory may be reduced or taken away as such.

I’d expect showers on Thursday morning to clear and that’s it. The air may get cold enough for snow to 700m for a time then clearing with only 1 to 3cm getting down to that level for you. Bigger amounts higher up above 1300 / 1500m sort’ve thing.

Thanks a lot for that Aaron, yeah doesnt look like its comng to much now.

Could Napier get more snow? Is there a vague possibility? Because the forecast for the day it snowed last week was “Snow above 500m” too lol 😛 Good work guys, great to see napier in this news!

No snow for Napier 🙂

Why dont you guys do a snow forecast? Update it daily with the risks of snow over the next week or two! ? 🙂

For a regular feature like that we would need more funding, we can only do what we do currently with what we get monetary wise at the moment.

Fingers crossed for the future 🙂