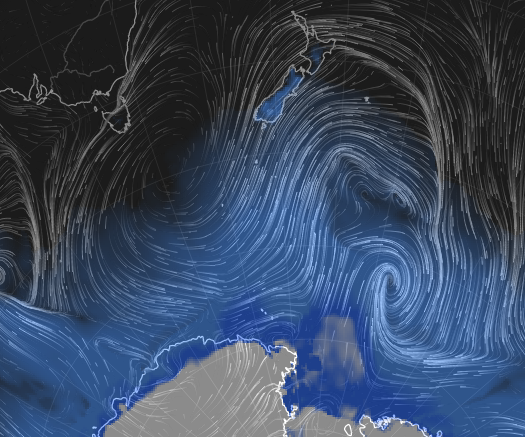 Updated 2:39pm — A southerly change from around Antarctica has blasted across New Zealand today bringing snow to low levels, hail, gales and sunny spells too.

Over the past couple of hours heavy downpours have moved through Auckland dropping the temperature by a few degrees – and colder air will continue to spill over Waikato and Auckland for the rest of today.

For northern New Zealand the coldest air is only brushing by. Eastern and southern parts of both islands will be the coldest from this event.

As fo 2:30pm this temperature pattern could be seen: 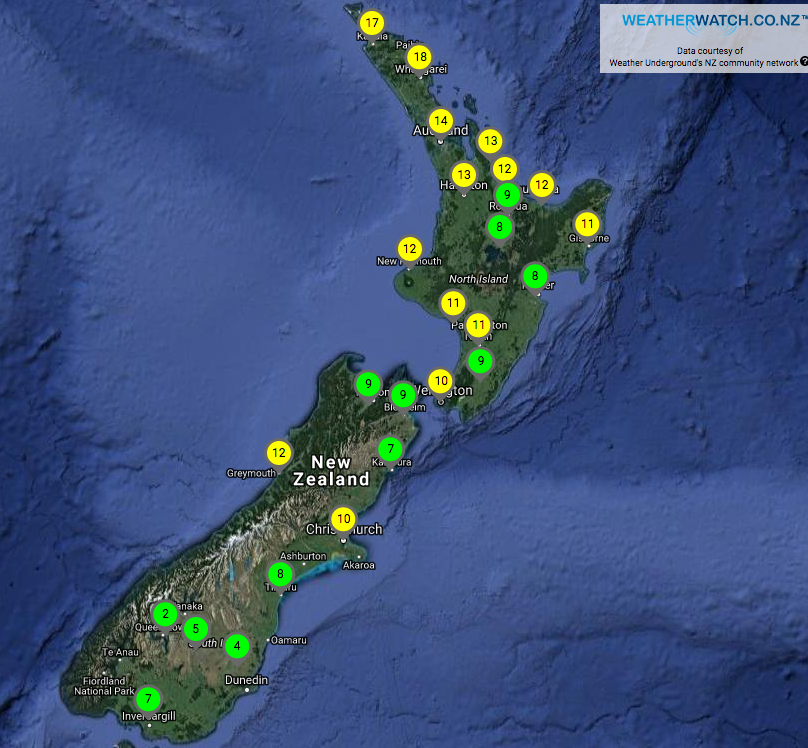 The coldest air is affecting the south eastern corner of both the North and South Island, as you can see in the below two maps.

WeatherWatch.co.nz has been told by people especially in Hawke’s Bay, Southland and coastal Otago that conditions are bitterly cold today. 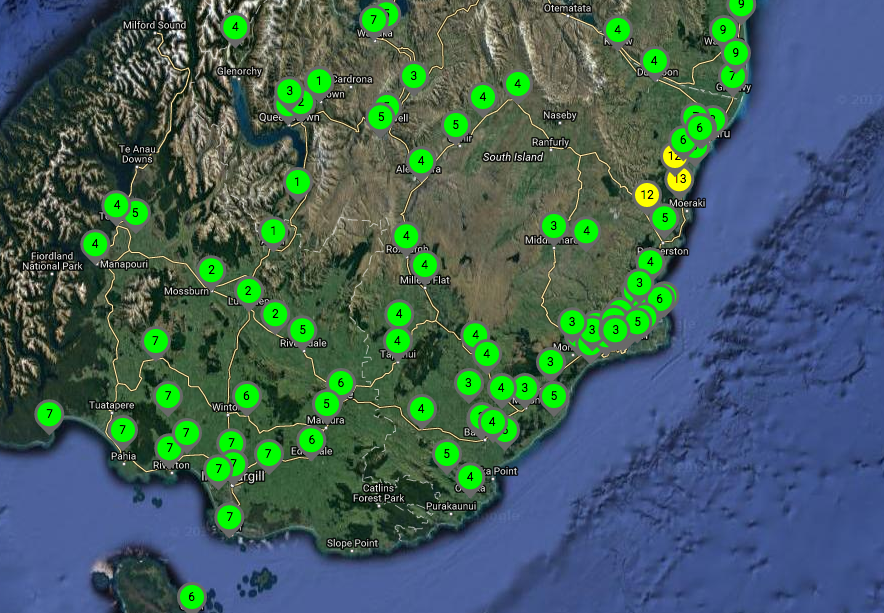 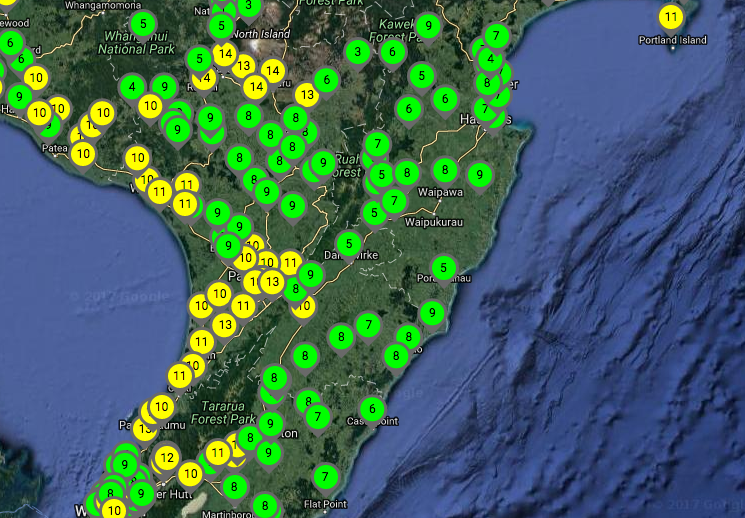 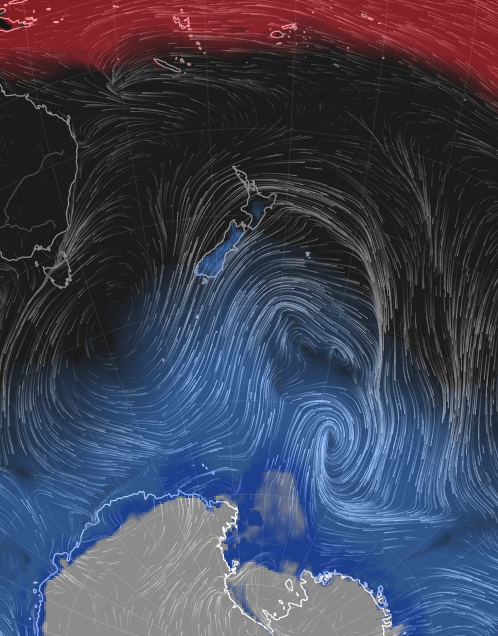 Misery Index shows the coldest air in blue being pushed over the South Island and lower North Island for the most part / earth.nullschool.net