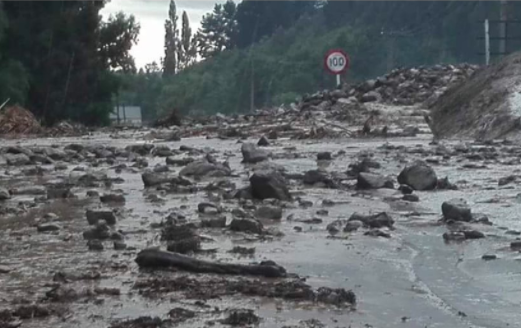 Torrential downpours in Central Otago caused flash flooding around Roxburgh and WeatherWatch.co.nz says the conditions that created this weather are with New Zealand for at least 7 more days, if not longer.

“We have an unusual set up where day after day we’re going to see a repeat performance of daytime downpours producing isolated thunderstorms, hail and even flash flooding” says head forecaster Philip Duncan.

“Some rainfall totals are quite high and with very little wind to move the clouds we can see localised flash flooding like we did today”.

Due to the light winds, which shift around slightly each day as the large high near New Zealand changes shape a little, these intense downpours and thunderstorms can drift in almost any direction depending on which breeze is most dominant.

To add fuel to the downpours daytime highs will likely surge to around 27 degrees on Monday for some parts of Central Otago and closer to 30 degrees by Tuesday. 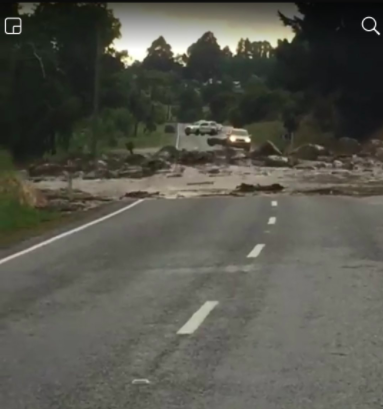 1 of 2 wash outs outside if Roxburgh pic.twitter.com/ryqQZNiTBu 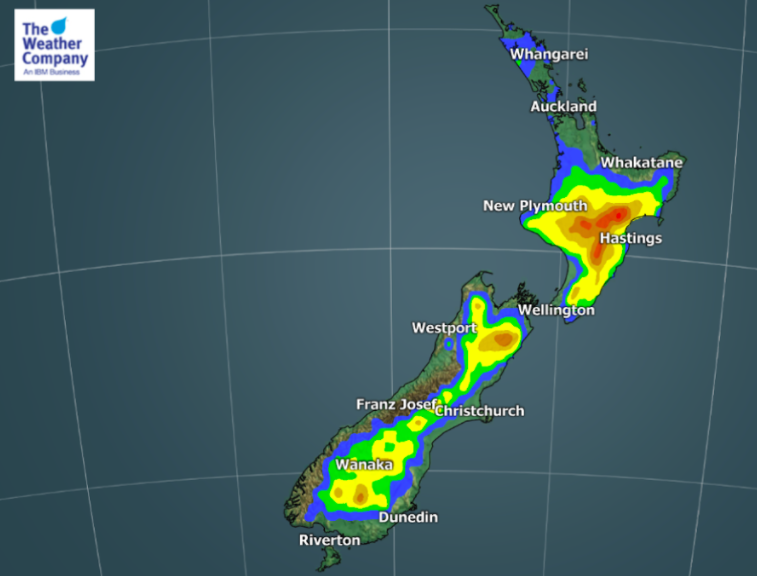 – Image / Monday’s 12 hour rainfall accumulation from 7am to 7pm (please note, most downpours don’t properly form until late morning/early to mid afternoon so some of these totals can occur in just a few hours. Also, particularly heavy downpours can stall and sometimes boost totals in one spot while reducing totals in surrounding areas – this increases the chances of flash flooding.  Map by The Weather Company (an official WeatherWatch.co.nz business partner).