Animation + Maps: You say it’s “wintry” but it seems like spring?

We’re in the middle of winter now and as we said earlier this week the sub-tropical air-flows are being blown away and replaced by, well, winter.

With snow in the forecast, southerlies, hail and a drop in temperatures we ran the headline “wintry week ahead” – but we’ve had a bit of push back from people saying that where they are it feels more like spring.

To be fair, we’re both right – we do have wintry weather coming in and temperatures are going to drop to chilly winter levels, maybe even a bit colder than average for some spots. But the big strong westerlies (see our “What are the Roaring Forties?” story from yesterday) blowing across many parts of New Zealand today are certainly more spring-like, especially when the origin of this airflow comes from Australia’s interior – hardly Antarctic.

In fact the Antarctic portion of air flow is being ‘cut off’ by the strong westerly stream of air flooding across the Southern Ocean, Tasmania and New Zealand right now.

As we go through the weekend this big westerly flow out of Australia will push further south towards Antarctica where daylight is limited and the air cools down much more – before being dredged up across New Zealand this Sunday and Monday. The air isn’t overly wet, so snow won’t be widespread and long-lasting – but snow may be heavy in both islands for a time, great for skiers.

Next week sees more of this wintry/spring mix with both strong milder westerlies and strong colder southerlies in the forecast. 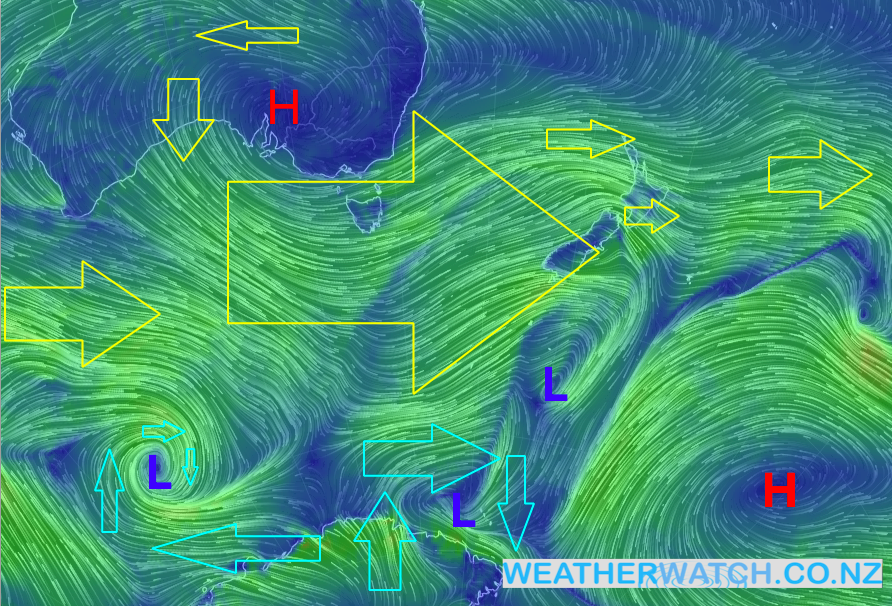 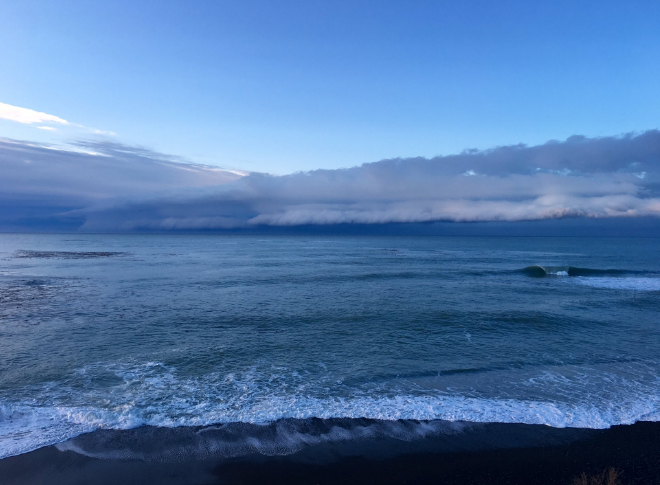 Taken this morning, the cold front with shelf cloud approaching Timaru / Photo sent in to our Twitter page from Brad Dennison via Twitter @kiwisurfa