Home > News > All noisy on the western front...

All noisy on the western front 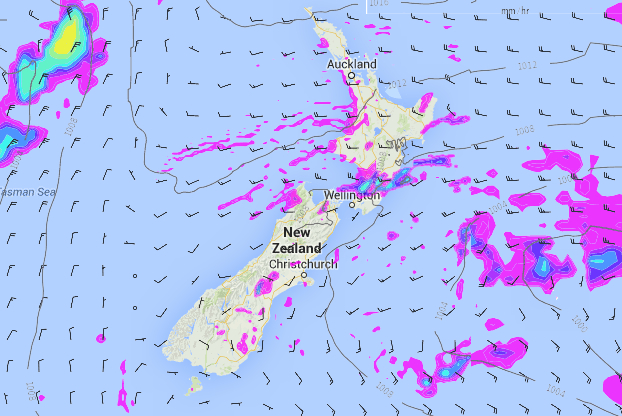 As a storm system brews in the Tasman sea, eastern parts of the country have been enjoying some relative calm in the last couple of days.

That’s all about to change, however, with the prevailing westerly airflow pulling a developing storm ever closer as the election day looms this weekend.

In the North Island, the temperature will rise a couple of degrees today, as the airflow shifts subtly from a westerly to a nor’-wester, and there will be one or two showers in western parts of the island too.

It’s a case of copy and paste for the South Island, as showers will dog the West Coast throughout the day, while that nor’-westerly will keep things relatively mild and clear in the east.

Friday is a different kettle of fish altogether, as the storm gathers pace and should hit western areas at some point early on – we will have more details as the updated satellite pictures come through.

Looks like we have a big high on the way next week. Do you think the rain will be gone by Sunday night for Auckland?

I don’t get it.  What’s the concern about a bit of rain on election day?  We’ve been able to vote for the past couple of weeks.

Those who decide to wait for the bit of rain on the day and then use that as an excuse not to vote, don’t deserve to have their vote counted anyway!