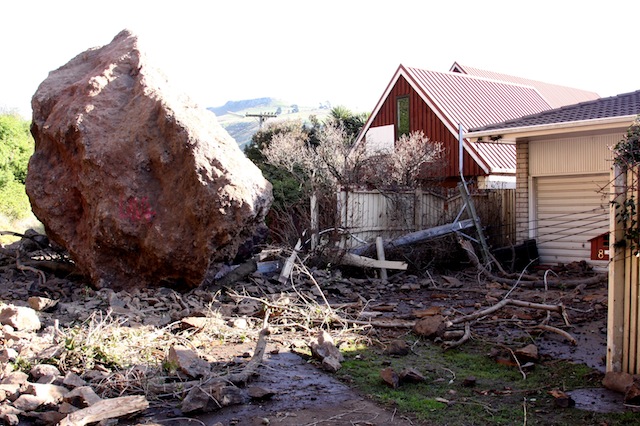 Cantabrians yesterday felt further sizeable aftershocks five days on from the 6.3 and 5.7 shakes earlier in the week.
Three were recorded between magnitude 4 and 5 and were mostly centred near the epicentre of Mondays quakes.Many Christchurch residents are experiencing the tremors but particularly in eastern and hillside suburbs, especially during shallow aftershocks.

Geological experts say this is typical behaviour and are still warning of a 30% chance of a 6.0-6.9 magnitude quake over the next few weeks but that percentage is likely to fall away as the days and weeks wear on.

A significant aftershock yesterday forced a New Brighton supermarket to close after groceries were thrown from shelves.The 4.4 shake struck at 2.39pm at 6km deep. It was recorded as 10km east of Christchurch, or just off the south New Brighton coast.

The shake threw groceries off shelves at Countdown in New Brighton forcing the store to close for about half an hour so staff could clear groceries off the floor.

Local residents have struggled in the clean up process but also what is now commonly known in Canterbury as having a quake brain. Many locals are reporting short tempers, forgetfulness and also living in fear of the next aftershock.

Almost 7000 aftershocks have been recorded since the 7.1 earthquake last September with more than 30 registering 5 or more on the richter scale.