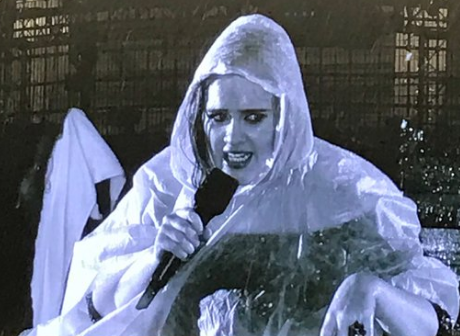 Sub-tropical downpours in Auckland tonight are affecting the Adele concert – but the star is taking it in pride, popping on a poncho to carry on singing.

Aucklanders knew downpours were possible tonight but were optimistic about long dry spells in the region.

However rain has been fairly persistant this evening and isn’t over yet according to WeatherWatch.co.nz, with further heavy downpours likely in the area as the evening continues.

Holy shit she’s put a poncho on while she shoots tshirts in the crowd pic.twitter.com/EsfcwY713x