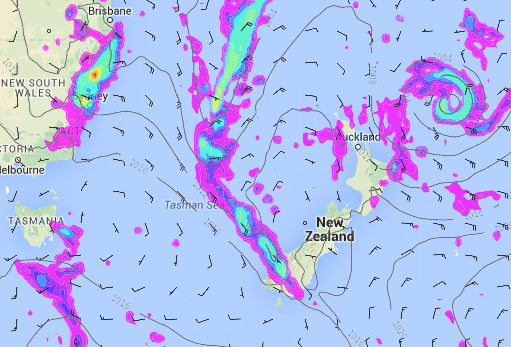 It’s set to be a bit more of an eventful day tomorrow around much of the country, with a low sitting north of the North Island and a northeasterly airflow bringing rain to parts of the south, too.

The East Coast can look forward to showers at times through the morning, though these should ease in the afternoon – all the way up to eastern parts of Northland.
The Central North Island and over to the Coromandel will also see a bit of rain at times in the late afternoon and towards evening, and one or two of these could well be on the heavy side.

From Taranaki through to Kapiti, it’s looking like another calm, settled day with little serious weather to speak of.

Light westerlies in the west will bring some rain to the coast, though it will be restricted mostly to the evening – and will also be patchy in nature, so not widespread or persistent unfortunately.

The eastern coastline can look ahead to a drizzle patch or two at times from mostly cloudy skies during the day, while in the afternoon and into evening, there could well be a shower or two about some inland ranges – though probably more centered on the western half of the island.