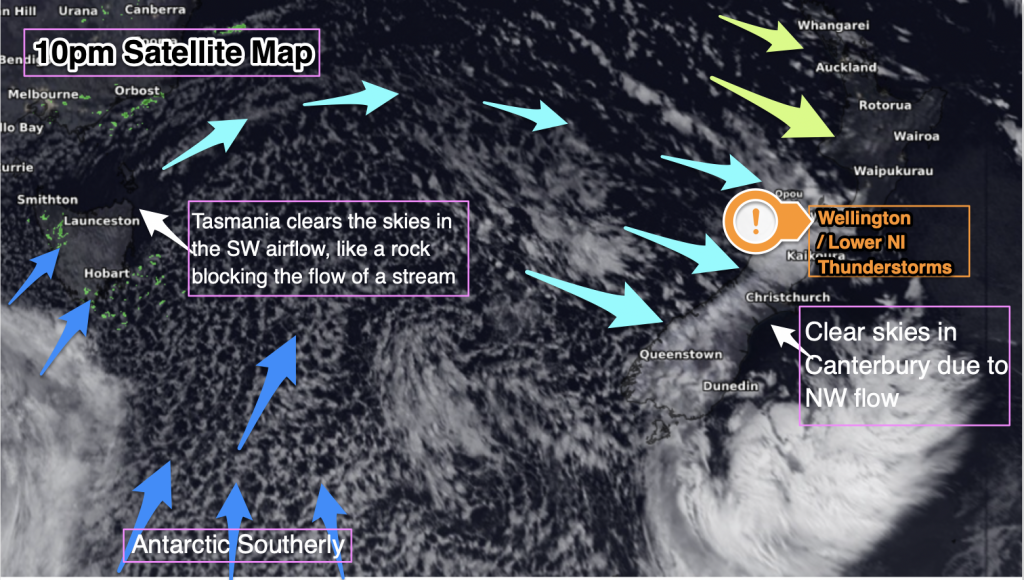 Front 2 has now arrived in the lower North Island bringing downpours and thunderstorms as it quickly heads northwards.

As forecast on Thursday, an active cold front has Friday moved into the western side of NZ with scattered thunderstorms, squalls and even damaging hail. Now the next active cold front is moving up the North Island overnight Friday and into Saturday morning.

Large hail was earlier Friday recorded on the West Coast with a damaging shower producing hail larger than grapes.

Friday morning’s front was one of two active fronts coming in to NZ from the Tasman Sea today.

Front 2 arrived in Westland on Friday morning and reached Cook Strait around 9 to 10pm Friday, and tonight/overnight will move up the western side of the North Island – bringing similar risks to previous fronts in the past 24 hours (ie, a short burst of potentially severe weather, squalls, thunder, hail, strong wind). This is quite an active front and has a number of thunderstorms within it. Short and sharp.

The weather in the coming days will be similar with several surges of squally showers off the Tasman Sea caused by a storm still deepening south of NZ – and likely to remain there until early next week.