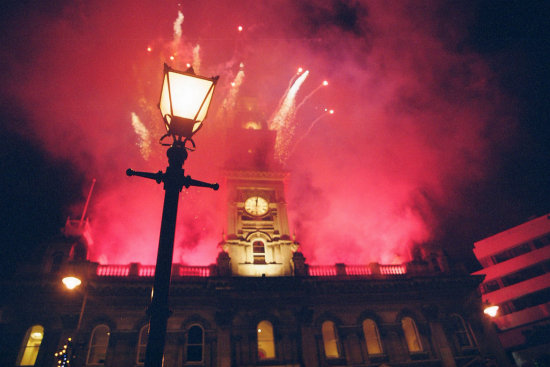 Rain is settling in this morning over parts of the West Coast and a soggy start is likely for 2013 for the next couple of days as weather warnings are in place for the region.

Very heavy rain is forecast and MetService believe 5-600 mm of rain is likely in some areas before the event is finsihed.

Holidaymakers in the area do need to be aware of rising streams and rivers as this amount of rain can cause considerable challenges.

Spillover rain across the divide in the South Island is also likely as well as heavy falls on the coast itself with possible totals of 200mm.

Nor’ west winds are set to blow and gusts of 120kph are possible across inland areas of the South Island with peak gusts possibly topping 140kph about the high country.

Temperatures this morning have varied mostly in Canterbury with Timaru on a crisp 7 degrees and yet just up the road Christchurch is the warmest centre in the country on 19 degrees.

It was a damp night over parts of the far south last night with one comment on our Facbook page saying Invercargill was quite miserable.Over many other centres the weather was drier as the countdown to 2013 got underway with the usual holiday spots getting into the spirit of things.

The North Island is set to get the best of the weather although some western areas from Taranaki southwards may get cloudy spells with a shower.

The new year got off to a rocky start this morning just after 3am.An earthquake of magnitude 5.0 rocked Taranaki followed up by a 4.3 shake.
These have been shallow events at just 5 kilometres depth and stirred a few people from their sleep.

Home image of The Octagon, Dunedin lit up by Foto