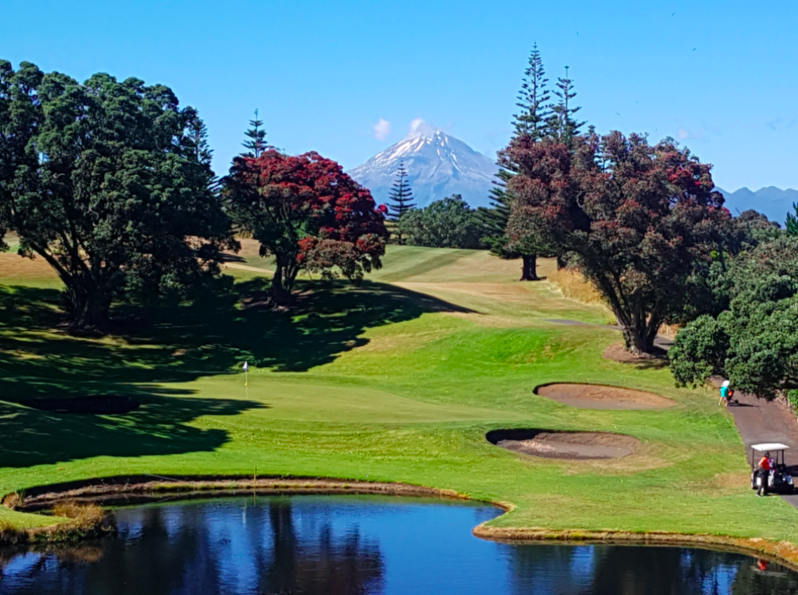 AREA OF CONCERN: A large low is looking likely to affect the upper half of New Zealand, it is becoming fairly apparent that the lower South Island will have the most settled and sunny weather. A front slinks a bit further south over the North Island then it was looking to yesterday.

THE CHRISTMAS DAY FORECAST:
NORTH ISLAND: Showers for the upper North Island, becoming heavy in isolated spots from late morning, perhaps a chance of some thunder then easing late afternoon as northeasterly winds change to the west. Perhaps not easing about the Waikato and Bay Of Plenty till later in the evening. There may be some sun at times among the showers. Winds finally swing to the southwest in the evening with dry spells increasing for Northland and Auckland.

Rain from East Cape across to Taranaki and down through to Wellington with a chance of heavy falls eases to showers in the morning, showers may become heavy with thunderstorms in the afternoon especially about the Wairarapa then easing in the evening. After morning rain about Hawkes Bay and Gisborne conditions may brighten up in the afternoon becoming dry with warm temperatures, in the evening showers may move back into Hawkes Bay.

SOUTH ISLAND: Nelson, Marlborough and Buller sees rain with heavy falls possible, especially about Marlborough then easing in the evening and clearing overnight. Mostly cloudy Banks Peninsula northwards for Canterbury, some rain moves into North Canterbury during the morning and stops moving southwards about Christchurch. It’s a hard day to pick for the Garden City, it’s a 50/50 toss in the air currently as to whether it will become a little wet or stay mostly dry, hopefully more information tomorrow can lead to a more definite conclusion.

Further south for Canterbury conditions become brighter but there will be an extensive sheet of high cloud to contend with, perhaps some coastal mid level cloud also. Finally when we get into Southland and Otago conditions are mainly sunny and hot, late afternoon or evening a cool southwesterly moves in and may bring some cloud. A mainly sunny day in store for South Westland, North Westland is dry through to about Greymouth but just remember there may be some high cloud.

Daytime Temps: Low to mid twenties for most, about Nelson and Marlborough temperatures may only get into the high teens. Southland and Central Otago sees temperatures in the high twenties however, perhaps even early thirties.

WHAT WEATHERMAP.CO.NZ IS SHOWING FOR MIDDAY DECEMBER 25th: 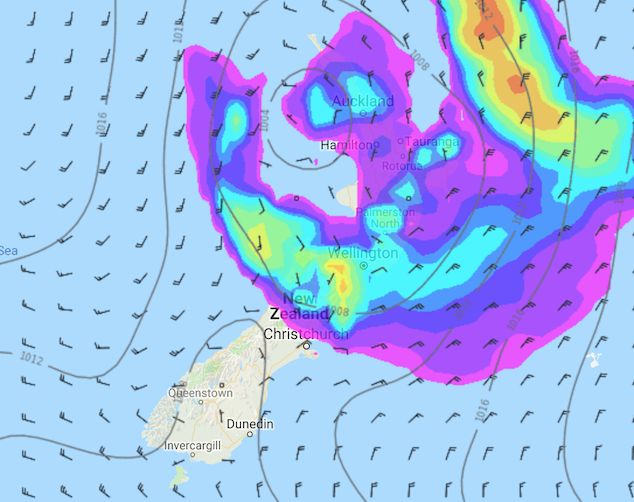 Someone turn off the rain and move the clouds please in central hawkes bay. Is it going to be like this for the rest of summer?

I can tell you what it will be like for the next 5 to perhaps 10 days at times, beyond that my crystal ball isn’t too good. lol. Hopefully some nice weather comes along for you soon.